Pakistan to face India on Oct 23 at MCG 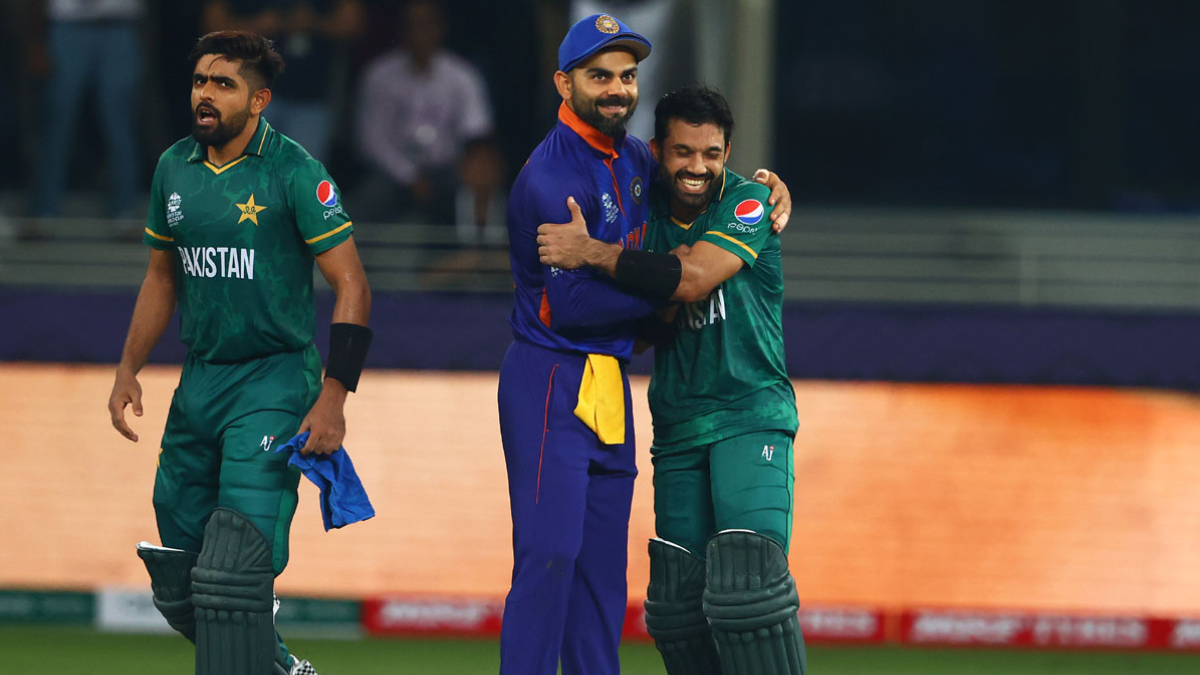 India and Pakistan are set to lock horns in a T20 World Cup clash at the Melbourne Cricket Ground on October 23.

Thus, 2022 would be the second consecutive year to feature the blockbuster Indo-Pak clash.

The two rivals will face each other a day after defending champions Australia starts their tournament against New Zealand in Sydney. Aussies and Kiwis last met each other in the 2021 final in Dubai, where the Finch XI emerged as a better side.

Sri Lanka and Namibia will face each other in the first round tournament opener on October 16 in Geelong. Two qualifiers will join the two Group A sides. Moreover, Group B will feature Scotland, West Indies and two qualifiers.

The two teams from Group A and Group B in the first round will join the qualified nations in the Super 12 stage.

England, Australia, New Zealand, and Afghanistan have been brought together in Group 1. Meanwhile, India, South Africa, Pakistan, and Bangladesh have been clubbed in Group 2.

Read Also | After T20s, no Indians in ICC ODI ‘Team of the Year’

“It’s a tough group. We know that if we’re thrown in against teams like the West Indies and Sri Lanka, we’ve got to play well to get out of the group stage. Our planning has been ultra-detailed. We have nine months to go. It is really helpful because you can detail that planning phase more and more,” Australian captain Aaron Finch said.

The 16-nation tournament will start on October 16 in Geelong. Australia is hosting the event for the first time.

However, the spotlight will be on the Pakistan-India contest at the MCG. The two countries have been meeting only in multi-nation events in recent years because of tensions over occupied Kashmir.

It is pertinent to state that Pakistan recorded an only win against India in World Cups in Dubai last year when the Babar Azam-led side hammered Virat Kohli’s team.