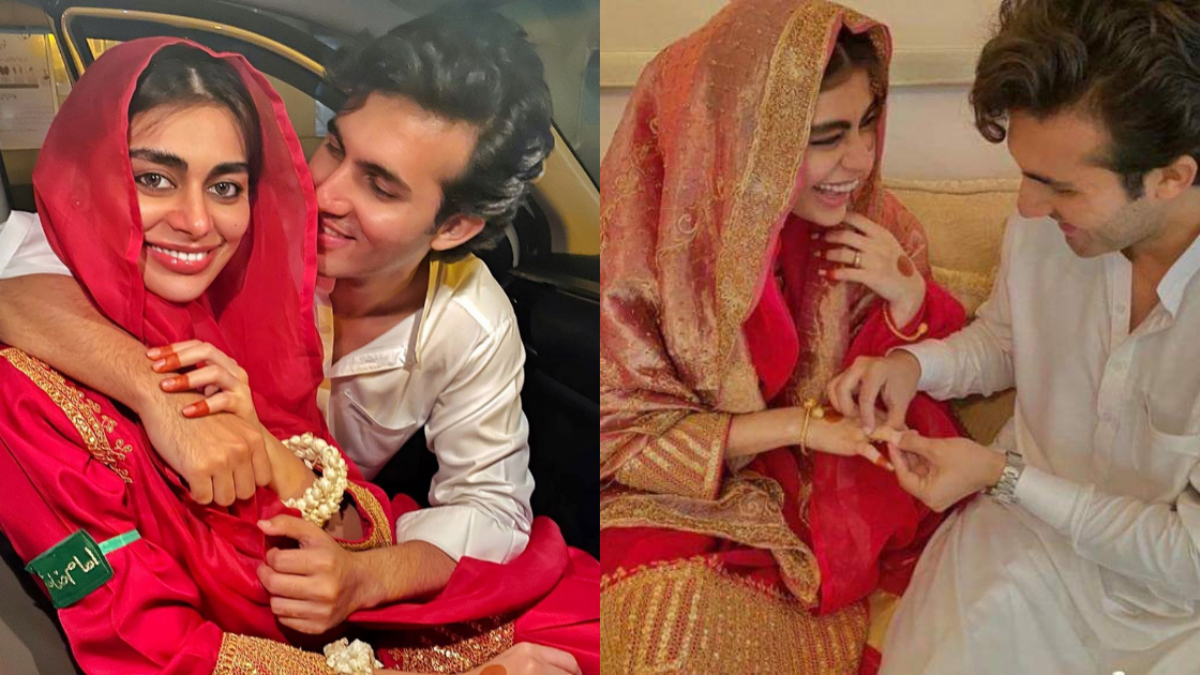 Many give in to the pressure of people while others blossom with it. The latter is the case for Shahroz Sabzwari and Sadaf Kanwal. The couple married last year in June, a typical quarantine wedding, and since then are having the time of their lives.

The wedding was an affair full of love and the colors but also with a fair share of controversies. Many claimed that Sabzwari was cheating on his wife, Syra Yousuf, with Sadaf. But all those notions were dispelled by Shahroz himself.

The duo were a part of The Couple Show, which is hosted by Agha Ali and Hina Altaf, who are also married in real life. Shahroz said during the show that the two met during an award function where they had also shared the stage. He recalled that they immediately hit it off and became very good friends.

Shahroz also added that when the now couple got close to each other, people started painting a different picture and that essentially painted the idea of marriage. He also said that he is a very secluded persona and prefers talking to people who he is close with and loves.

He also shared why the two decided to marry each other. Shahroz said that any man is attracted by honesty and in the case of Sadaf too, it was her honesty that attracted the performer. The star also said that we have a certain mentality that growing up in Pakistan has brought on us along with the fact that we deal with things differently as men.

So taking everything in consideration, I felt that Sadaf’s morals were in the right place, asserted Shahroz. Sadaf too added that after initially being resistant, she finally came into the conclusion that Shahroz is the man for her. “I don’t know what it was about him, but I just decided that this is the man that I want to be the father of my children,” Sadaf said while talking about her and Shahroz’s relationship. Apart from that, she also added that all the notions about their marriage and trolls that are targeting her do not bother her and they are enjoying their married life.