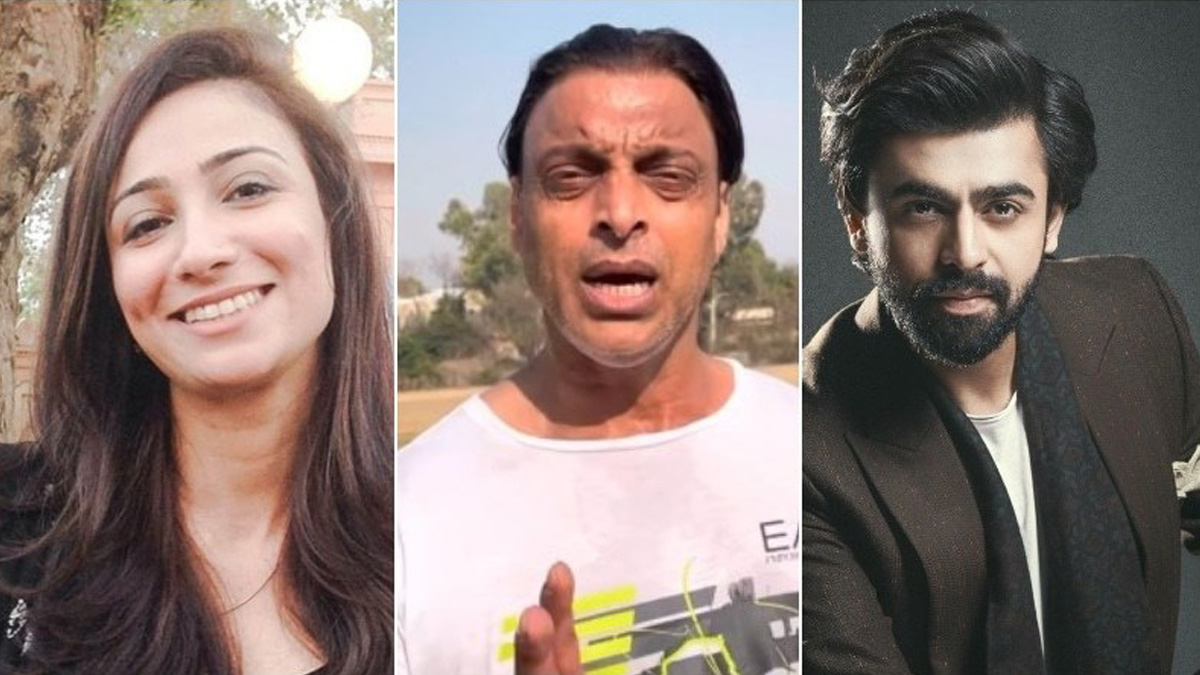 People pulled up former cricketer Shoaib Akhtar for criticising the Pakistan Super League anthem and Anoushey Ashraf and Farhan Saeed became the new edition to the long list of people who are against Akhtar criticising the anthem.

The cricketer reviewed the current anthem of the PSL on his YouTube channel and many feel that he did not only criticise the anthem but many felt that it is straight away expressing his hatred for the creation.

The fast bowler reviewed ‘Groove Mera’ and posted a clip of the song on his instagram account and captioned it as a ‘bas song’. The song has been performed by Naseebo Lal, Aima Baig and the Young Stunners. The composition was the part that was targeted by the former Pakistano cricket.

Many people felt that Shoaib Akhtar crossed the line and went on to spread hatred among people. He asked the makers of the song that weren’t ashamed of creating this song and added that his kid has not spoken up in the last three days because of the song. The ones who made the song, have no idea what groove is all about, added the cricketer.

Shoaib Akhtar uploaded a nine minute video on his YouTube on this topic where he, according to many, bashed the song creators. People have called out on the cricketer for this bashing and actor Anoushey Ashraf was also among them.

“Oh dear, this is in bad taste. One thing is to not like a song, another thing to run down artists, musicians this way. Big fan of Shoaib Akhtar but not the way he’s bashing the new anthem. Some people, including many of your friends, fans and family, like the track,” said the actor on another platform that shared Akhtar’s video.

She also added that difference of opinion is fine but disregarding somebody’s efforts like this is not fair at all. Another actor Naveed Raza also pointed out that the worst kind of virus is dehumanising another human. Farhan Saeed also had his take on the criticism by the cricketer. He said that him having an opinion is fine but that is a completely stupid system. The singer commented that the song will be a winner in the stadiums and congratulated Zulfiqar J Khan, Aima Baig and Naseebo Lal for the ‘great effort’.