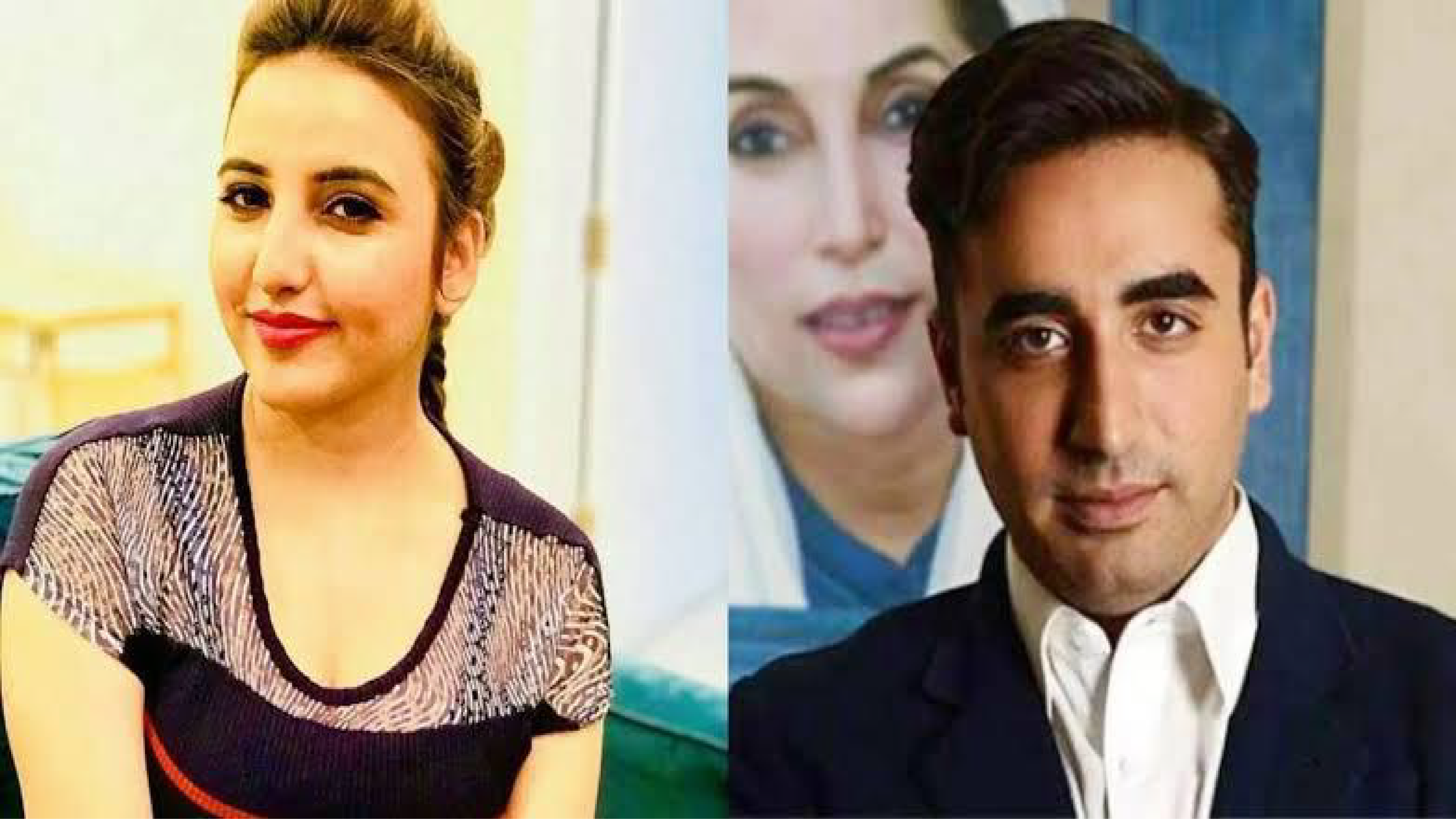 Social media sensation Hareem Shah has once again expressed her crush for PPP (Pakistan Peoples Party) Chairman Bilawal Bhutto Zardari. Taking to Instagram, the TikTok star posted a video in which she has dedicated a song for the PPP Chairman. As the video went viral on social media, it sent her fans into a frenzy.

In the video, Hareem Shah can be seen humming Ali Zafar’s famous song “Tum chala ao paharon ki kasam” while continuously watching a picture of Bilawal Bhutto Zardari on her smartphone. Later in the video, she zoomed in on Bilawal’s picture and hugged her phone to show her affection towards the politician.

Read More | It was the public who pushed marriage on Shahroz and Sadaf, both express their gratitude

Interestingly, this is not the first time the controversial TikTok star has shown her adoration for the PPP chief. In an interview with a TV channel in 2020, Shah expressed her liking for Bilawal Bhutto Zardari, but had maintained that she could not marry him. She had also said that she likes the Pakistan Peoples Party (PPP).

The TikTok star has posted a number of selfies with leading Pakistani politicians, including Prime Minister Imran Khan and Interior Minister Sheikh Rasheed on her social media pages that have stirred controversy. While she has been in the headlines for sharing controversial pictures and videos, her fame significantly peaked when she posted a video of herself in the Foreign Office of Pakistan on social media on October 22, 2019.

In a short period of time, Hareem Shah has gained a massive following on social media, with more than five million followers on her TikTok account.

On Friday, the web series ‘Raaz’ starring Hareem Shah premiered on UrduFlix. The trailer for the web series showed Shah’s rise to fame in Pakistan and the difficulties she faced in the industry. ‘Raaz’ is directed by Asad Ali Zaidi and written by Mansoor Saeed.