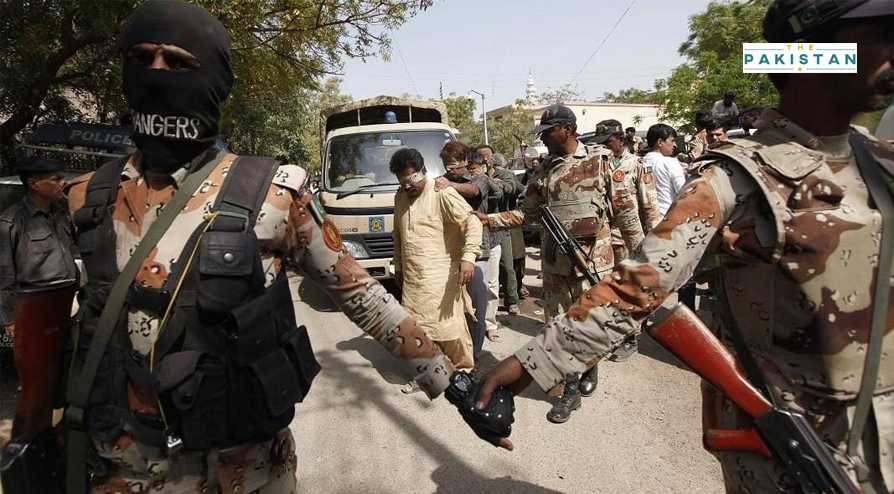 In a press release issued on Tuesday, the Inter-Services Public Relations (ISPR) has said that the Pakistan Army has decided to remove the concerned officers involved in the alleged kidnapping of inspector general Sindh.

The court of inquiry has established that on the night of Oct 18/Oct 19, officers from Pakistan Rangers (Sindh) and ISI sector Headquarters Karachi were considerably seized with the fall out of the desecration of Mazar-e-Quaid, the ISPR statement read.

It further said that they were under increasing public pressure to ensure prompt action as per the law. Assessing the response of police authorities against this developing yet volatile situation to be slow and wanting, in a charged environment, the concerned officers decided to act, rather overzealously.

The cases involves the alleged kidnapping of IG Sindh to force him for signing the arrest warrants of PMLN leader Muhammad Safdar as he had reportedly violated the sanctity of the masoluem of Quaid-e-Azam Muhammad Ali Jinnah.

The statement further added that “they [the involved officials] were indeed experienced enough to have acted more prudently and could have avoided creating an unwarranted situation that led to misunderstanding between the two state institutions.

Based on the recommendations of the court of inquiry, it has been decided to remove the concerned officers from their current assignments for further departmental proceedings and disposal at GHQ.

The news of IG’s kidnapping was of much dismay to the Sindh Police. The provincial top brass at Sindh Police then decided to collectively apply for a 30-day leave of absence to deal with the mental stress and embarrassment caused by the act.

Meanwhile, PPP, which has the majority in Sindh province, spoke with the Army Chief General Qamar Jawed Bajwa asking him for an inquiry into the matter as the morale in the police was at its lowest after the incident.