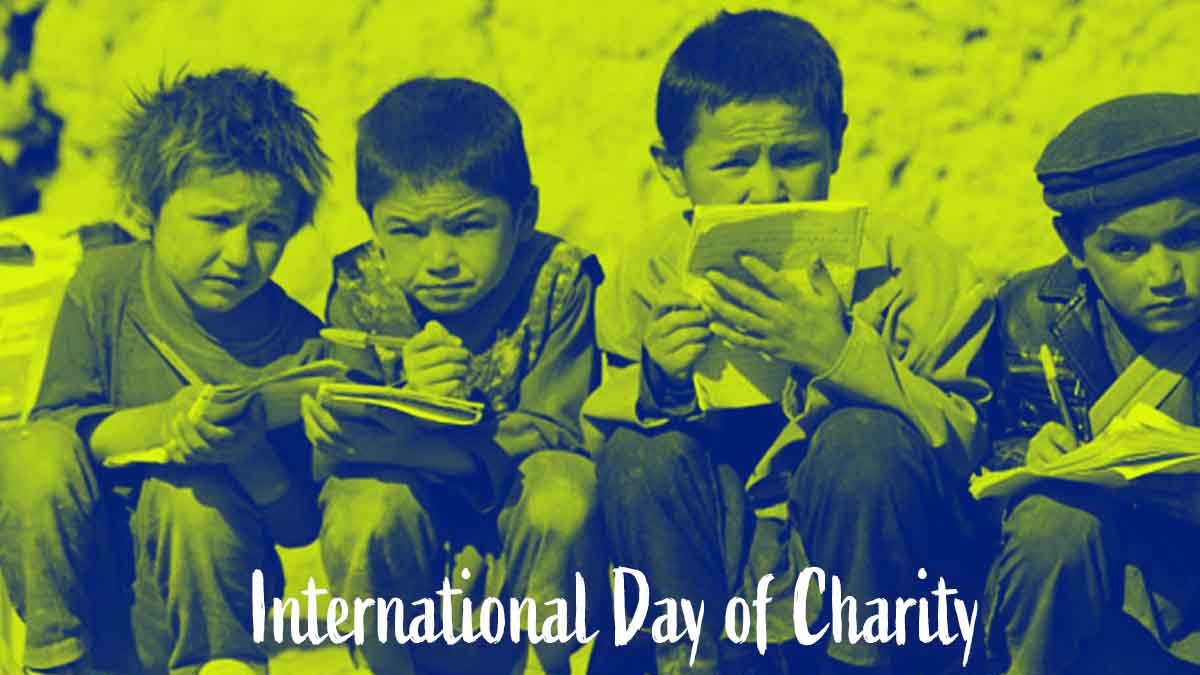 Medical emergencies caused by the pandemic

Be it responding to medical emergencies caused by the pandemic or helping in other humanitarian situations across the globe, the UAE has established itself as the most generous country, whose global stature in the domain of charity has grown steadily.

As September 5 (the international charity day) dawns each year, the world talks about the global reputation of the UAE and its unique nature in terms of charitable work and humanitarian aid.

It is a notion that giving your share to the needy is rooted in Emirati society, which is readily supervised and encouraged by the country’s national leadership.

UAE’s ongoing caretaking of the needy in Pakistan

The UAE takes the initiative to give without waiting to return the favour, and the most prominent evidence of this is the air bridges that His Highness Sheikh Mohammed bin Zayed directed to initiate, and the UAE’s ongoing caretaking of the needy in Pakistan and Sudan in times of climatic devastation.

By leveraging the ethical legacies of community members, the UAE has successfully promoted the idea of charitable service and made it into a community culture and ethical guideline.

The country’s donation collecting is governed by Federal Law No. 3 for 2021 on regulating fundraising activities, which also safeguards contributors’ money and guarantees the procedures’ legality.

Home to a number of charitable activities

The UAE is home to a number of charitable activities and campaigns that are carried out by the appropriate authorities amidst frequent public contact. These include efforts to fight diseases and health issues, construct mosques and dig wells, as well as immediate relief initiatives.

The nation places a high emphasis on charitable activities since it is a humanitarian ideal based on unconditional generosity to all people.

The support of inhabitants and citizens has helped charity work flourish in the UAE. Humanitarian donations and efforts to help victims and those in need around the world amply reflect how institutionalizing charity activity in the UAE has made it into a communal culture.

Dozens of charitable bodies and organizations

In the UAE, dozens of charitable bodies and organizations serve those in need all around the world, particularly during crises and emergencies.

The UAE has set up a legal and administrative structure to promote charitable endeavours in a variety of ways, such as volunteerism, donations, and Zakat.

While residents must submit their application requests to the embassies and consulates of their home countries in the United Arab Emirates, Emirati individuals can apply to establish a charitable organisation through the Ministry of Community Development’s website.

His Highness Sheikh Mohamed bin Zayed Al Nahyan, President of the UAE, has always been keenly driven toward the charitable aspect of society.

The UAE carries the legacy of giving that the late Sheikh Zayed bin Sultan Al Nahyan, may God rest his soul in eternal peace, established, to peoples suffering from destitution and extreme poverty around the world.

Authority of Social Contribution are the entities

The Ministry of Community Development, the Ministry of Foreign Affairs and International Cooperation, the National Emergency, Crisis and Disaster Management Authority, the General Authority for Endowments and Islamic Affairs, the Abu Dhabi Social Support Authority, the Zakat Fund, the Islamic Affairs, and Charitable Activities Department, and the Authority of Social Contribution are the entities in charge of social and humanitarian action.

According to the laws and regulations of every party intending to provide or collect donations within the state, including free zones, only licenced relevant parties are allowed to do so. The law also guards against unlawful organisations and financial terrorists from taking advantage of the donation process.