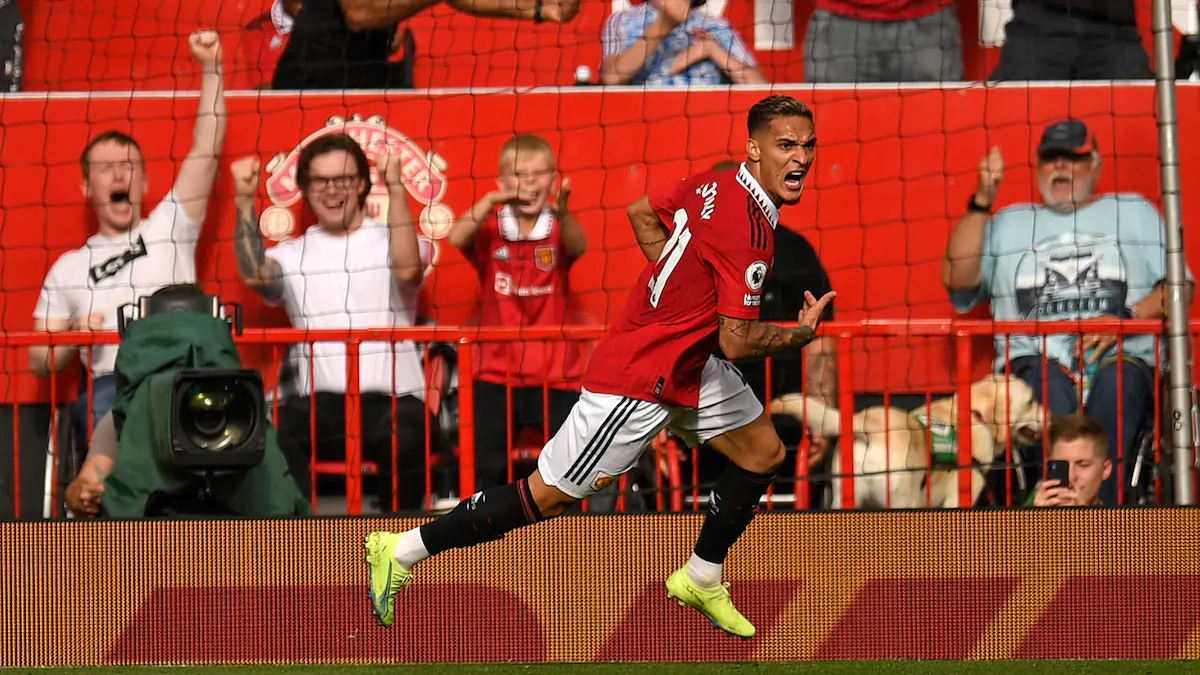 Full of flips, trickery, and deliberate movement, the 22-year-old forward gave his Old Trafford supporters a stunning debut in just 35 minutes by scoring.

Tie the score with Bukayo Saka

Arsenal responded to tie the score with Bukayo Saka, but Rashford stunned the league’s top team by scoring twice in as many second-half minutes after Cristiano Ronaldo took Antony’s place.

United was able to celebrate a fourth straight victory, moving them up to fifth place, thanks to Antony and Rashford.

Ten Hag’s rule began with defeats to Brentford and Brighton, which was a humiliating experience for him.

Finished sixth in the Premier League

However, the Dutch manager has since begun to make his mark on a United team that appears much more organised than the disjointed bunch that finished sixth in the Premier League the previous season.

The fact that Mikel Arteta’s team suffered their first loss of the season after five straight victories was cruel to them; they gave a lot to an exciting game but paid the price for some sloppy defending.

Gabriel Martinelli outran Diogo Dalot and clipped a beautiful finish over David de Gea in the 12th minute, giving Arsenal the impression that they had suddenly taken the lead.

The referee determined that Martin Odegaard shoved Christian Eriksen in order to take the ball after VAR intervened and asked Paul Tierney to look for a foul in the buildup.

Antony put United ahead in the 35th minute when Rashford’s exquisite pass found the forward, who took advantage of Arsenal’s slack marking to sweep a clinical finish into the far corner from eight yards.

In a lavish celebration that brought Old Trafford into raptures, Antony kissed his badge and posed for the cameras. Tierney reprimanded him for shoving the ball up his shirt in front of the Arsenal supporters.

Antony’s lack of self-doubt was evident since he even attempted an outrageous lob that kept Arsenal goalkeeper Aaron Ramsdale alert.

After 58 minutes, Antony was replaced by Ronaldo to a standing ovation.

The United defence was shaken by Odegaard’s pass, and Saka easily buried the ball after Gabriel Jesus was deflected to him by Dalot’s challenge.

But in the 66th minute, United stunned Arsenal with a spectacular counterattack.

Play through the Arsenal press

Eriksen and Bruno Fernandes were able to play through the Arsenal press, and Rashford was able to beat Ramsdale with a brilliant pass from Bruno Fernandes.

As Arsenal once more left themselves exposed at the back, United sealed the victory with a goal similar to their second, this time Rashford being fed by Eriksen and converting.