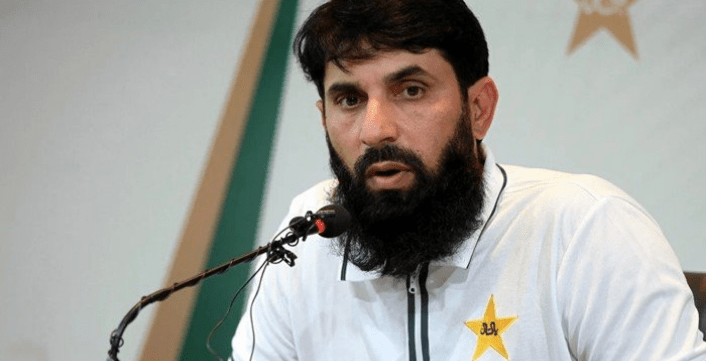 Pakistan coach Misbah-ul-Haq in a press conference said that he lamented the loss of Test and T20 series in England mainly because of the inexperienced bowling attack, a Pakistan Cricket Board press release showed.

Our mistakes are quite visible and the inexperienced bowling attack was exposed when it was attacked, especially at that crucial stage at Old Trafford when we were so close to victory. But as our bowlers are young, we have to give them time to be matured with the passage of time. Asking these young guns to put up performances like James Anderson and Stuart Broad is not fair really, the former Pakistan captain added.

However, he said that Naseem Shah and Shaheen Afridi are really talented bowlers but they don’t have the experience under their belt to change the attack as it is needed that allows Pakistan to win the series.

Commenting on the T20 series, Misbah said that unfortunately, our top performers in T20 like Fakhar Zaman, Hasan Ali and Shadab Khan – whose roles were vital in bringing Pakistan atop in T20 rankings – have all gone through a bad patch and that has resulted in bringing Pakistan down in the shorter format.

But the way Pakistan played against England in the T20s is heartening because we have shown spark and this team will go better and better with the passage of time.

Pakistan lost and won T20 each during the tour to England whereas the third match was washed away by rains.

The poor performance has also caused Babar Azam’s ranking on the T20 board who is now replaced by English player David Malan whose heroics helped England during the series.

“Obviously his form in T20 as it stands is phenomenal and it seems to keep getting better the more he bats,” England coach Chris Silverwood said while commenting on Malan’s top ranking.