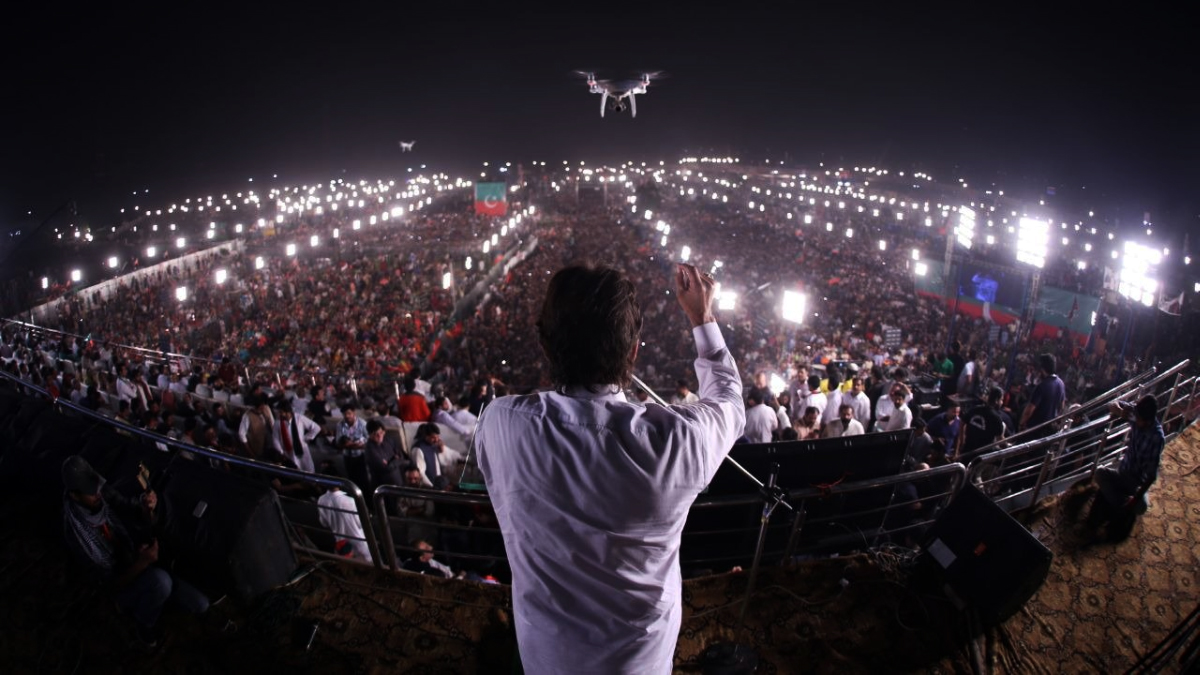 Thousands of supporters entered the federal capital to take part in Prime Minister Imran Khan’s rally. The premier’s fate, however, hangs in the National Assembly as the Opposition has submitted its no-trust move against him.

In his two-hour-long speech at a jam-packed show in Islamabad, the prime minister’s appearance seemed to be an effort to lean into the definitive agenda points of the PTI.

The prime minister cast himself as a warrior against “evil.” However, what he has at the back of his mind is that the real political battle would be fought inside the National Assembly.

It remains to be seen whether Imran’s claim of foreign powers seeking his ouster would have any impact on the lawmakers gearing up to vote on the motion of no-confidence or not.

Initially, the ruling PTI had decided to hold the rally outside the Parliament building in the Red Zone. However, changing the venue to the Parade Ground seemed to be a good decision.

PTI workers, supporters, and activists from across the country latched onto the venue to demonstrate support for their prime minister.

The event remained charged as people danced to party anthems, chanted slogans, and did not miss the opportunity to cheer to different tunes when the premier was delivering the speech and taking brief pauses.

Participation of women, old, young, families, children, and elderly people marked the show, which is usually missing from political rallies.

However, just like PTI’s rally in the capital in 2014, it appeared that the core support for PM Khan was still intact. A visit to the rally revealed that it was attended by people from Khyber Pakhtunkhwa more than any other province.

People arriving from various cities of Punjab explained that massive traffic jams were one of the reasons for the less participation from Punjab. People said there were long queues at toll plazas even when Khan was speaking at the rally.