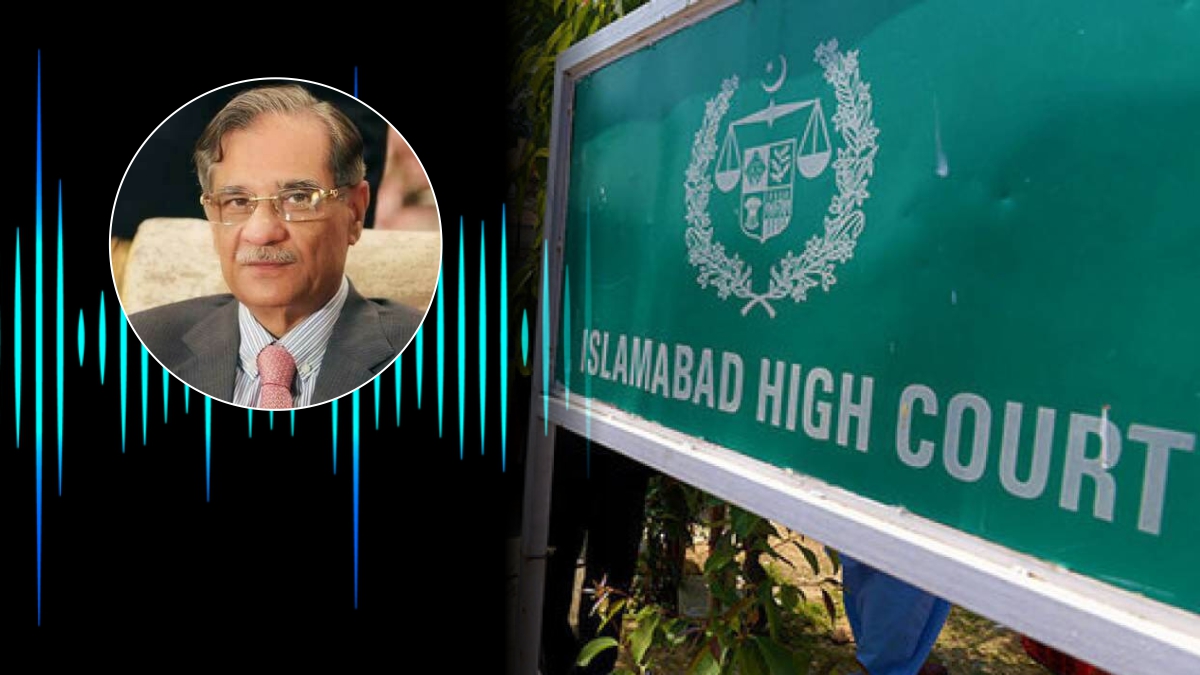 Has said that the judiciary cannot get into the hands of those who intend to build political narratives on leaked audiotapes.

Minallah made these remarks while listening to arguments on the maintainability of a petition wanting the formation of an independent commission to verify the authenticity of a leaked audio clip of former CJP Mian Saqib Nisar.

The IHC issued a pre-admission notice to the Attorney General of Pakistan, Khalid Jawed Khan.

Last week, an audio clip allegedly featuring Saqib Nisar was leaked in which the ex-CJP told another person that ex-premier Nawaz Sharif and his daughter Maryam Nawaz Sharif would have to be punished in a bid to seal Imran Khan as the next Prime Minister of Pakistan.

Soon after the clip was released, Nisar denied its authenticity, saying it was not his voice.

In the alleged audio clip, Nisar could be heard saying that there are no cases against Maryam, she would still have to be punished.

According to media reports, the petition said the audio clip of the former judge darkened the judiciary’s image and pleaded to constitute an independent commission comprising a retired judge, journalist, lawyer, and members of civil society to reveal facts regarding the veracity of the controversial clip.

“How is this petition maintainable?” Justice Minallah asked the counsel. The court questioned if the petition was against the incumbent chief justice. To this, the counsel replied that it pertains to the leaked audio involving a former chief justice.

Minallah said the clip dates back to the time when Saqib Nisar was serving as the chief justice. The IHC CJ noted that the judiciary had to fight against significant challenges with lawyers’ associations’ role in its independence.

No Omicron case in Pakistan yet: Dr Faisal