High-level flood alert in Sukkur as casualties rise by 57 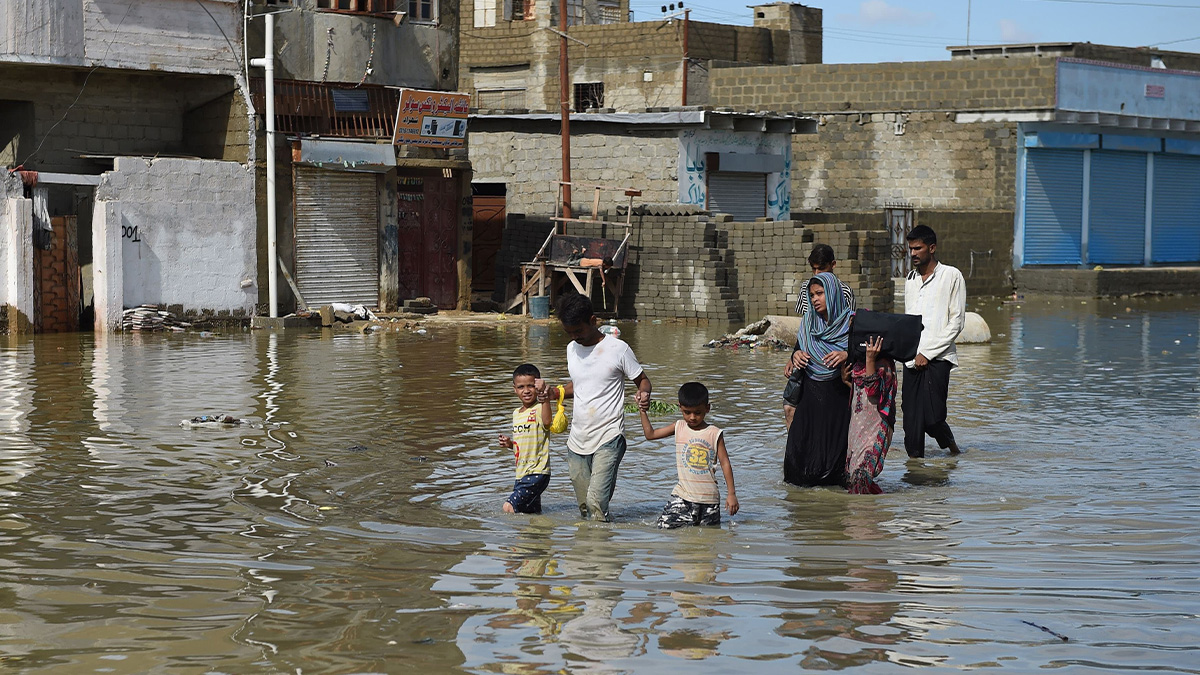 Flood passed over the Sukkur Barrage

Dadu district in Sindh was still in danger of being completely destroyed on Saturday as a high-level flood passed over the Sukkur Barrage and the water level in Manchhar Lake kept rising.

A high-level flood of 559,988 cusecs was passing through Sukkur Barrage at 6am today, according to a Flood Forecasting Division data.

As floodwaters move southward after inflicting havoc in the country’s north, Dadu district has emerged as the new epicentre of flooding.

According to the National Disaster Management Authority, record monsoon rains and melting glaciers in northern Himalayas caused floods that have killed at least 1,265 people since June 14 with 57 casualties reported in the past 24 hours (NDMA). 12,577 individuals have been injured in all, according to the NDMA.

Read More | How Does The Current Devastation Compare To The Floods in 2010?

All encircled by floodwaters

The Main Nara Valley (MNV) drain to the west, the Indus to the east, the inundated Khairpur Nathan Shah city to the north, and Dadu city, the headquarters of its namesake district, were all encircled by floodwaters on Friday.

Several villages in the Dadu district were submerged by as much as 11 feet of water, according to Bashir Khan, a local who is in touch with those who are still in the area. He told Reuters, “My house is submerged; I evacuated with my family four days ago.”

Residents of nearby Mehar were constructing a dyke, he claimed, in an effort to stop floodwaters from invading the town.

On the other hand, the head engineer of Kotri Barrage had previously informed that “we will be receiving a peak of heavy flood which passed by Sukkur Barrage on Aug 25.” He had given the impression that the river dykes within his territorial control were secure and capable of withstanding the flows at the time. On August 25 at 6am, the Sukkur Barrage had passed the first high flood peak of 579,753 cusecs.