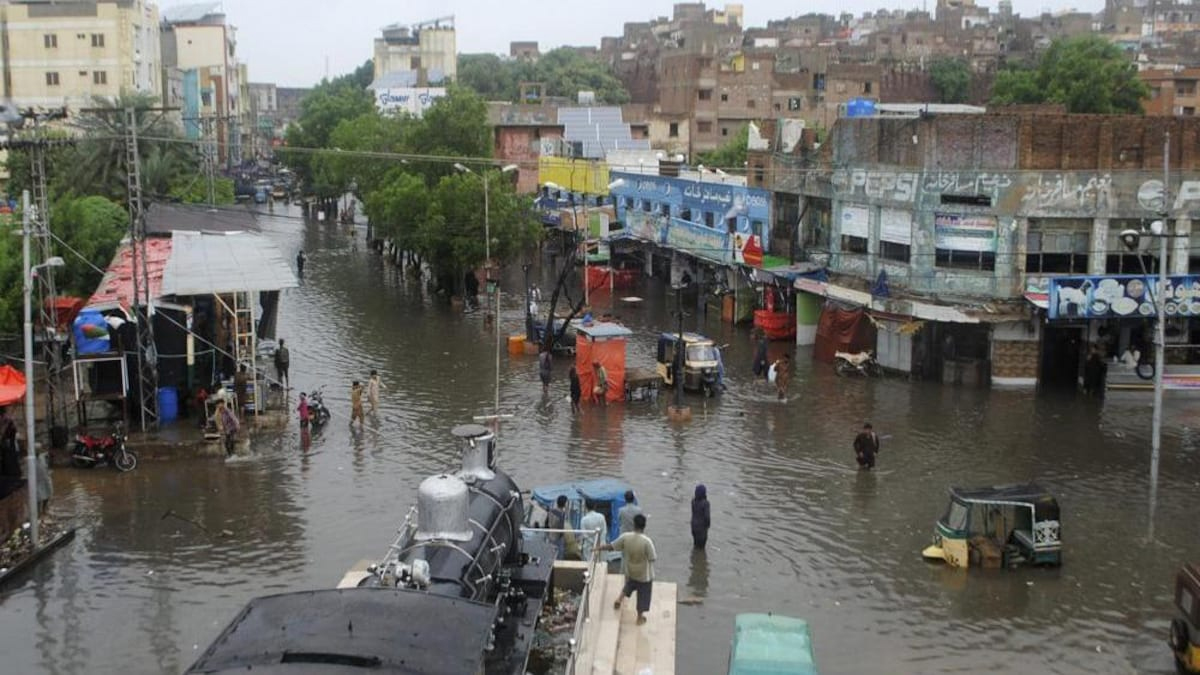 Result of the Terrible Floods this Year

More lives, property, and livelihoods have been lost as a result of the terrible floods this year than during the floods of 2010.

According to preliminary estimates, this year’s total economic losses will be close to 3% of the GDP and the entire cost of physical damages would be around $11 billion.

The officials do not anticipate more than a 2 percent growth rate following the floods, thus this calamity will undoubtedly subtract 3 percent from the 5 percent planned growth rate.

When another, albeit smaller rainfall system hits the nation next week, the total amount of damages may change at the conclusion of the Damage and Needs Assessment.

In 2010, the country’s growth rate dropped to 2.4 percent versus a forecast of 4.5 percent. The losses to physical infrastructure totaled $9.5 to 10 billion, and the overall economic damage was equal to around 2 percent of GDP.

Nearly 20 million people were uprooted at the time, and 50,000 square kilometres were inundated. The damage assessment in rupees, however, was just about Rs850 billion ($10 billion) in 2010, as opposed to more than Rs2.5 trillion ($11 billion) this year.

Data Compiled by the NDMA

Data compiled by the National Disaster Management Authority (NDMA) show that this year’s impacted population has already surpassed 33 million, or 33,046,329 to be exact, in over 80 districts throughout Pakistan, with the exception of Azad Jammu and Kashmir, which was largely unscathed this year.

According to representatives of the Pakistan Meteorological Department (PMD), the total amount of rain between July and August was around 208 percent over average.

However, due to the catchment areas receiving less rainfall than in 2010, river flows are much lower and reservoir storages are even lower.

The localised cloud bursts in uncommon locations and plains, as opposed to riverine flooding, which happens in mountains and the catchment areas of significant reservoirs, have been another peculiar aspect of this year’s rain and floods.

According to a senior PMD official, “the most astonishing thing this year was that the rainfall in the catchments of eastern rivers in Kashmir was 5 percent below normal.” He went on to explain that this was the reason Mangla Dam was still at less than 50% of its storage capacity and would not be filled to capacity this year, which would present a challenge in the upcoming Rabi crop season.

Waves From the Bay of Bengal

Westerly waves from the Bay of Bengal typically propel the monsoon rains as they pass through India and go for the northeastern or southern regions of the nation. However, this year’s series of storms largely pushed further west, and a significant quantity of rain fell in portions of Balochistan, which is outside the regular monsoon’s range and gets the most of its precipitation in the winter.

As pressure patterns and weather conditions are also affecting monsoon currents, PMD weather experts relate this to climatic change, but they are still hesitant to comment publicly without having a thorough data analysis and scientific investigation to support this claim.

They do, however, concur that Pakistan is experiencing an increase in the frequency and intensity of extreme weather events.

In 2010, Khyber Pakhtunkhwa bore the brunt of the destruction, accounting for over 90% of the 1,985 fatalities. In addition, a combination of cloud bursts and the westerly monsoon in the catchment areas of the Indus and Kabul rivers, which also affected the Chenab zone, resulted in damages to buildings, roads, bridges, and other infrastructure.

However, this year’s cloud bursts were of high size, wreaking havoc over Sindh, Balochistan, and KP while the river flows stayed on the lower side.

In contrast to last year, this year, a “very high flood” was recorded at Nowshera for a few days while all other recording points remained “normal” to “very high.” In 2010, river flows were so high that “high” to “very high floods” continued for weeks from upstream Tarbela dam to Kotri barrage and below.

Petrol Raised by Rs2 And Diesel Up by Rs3