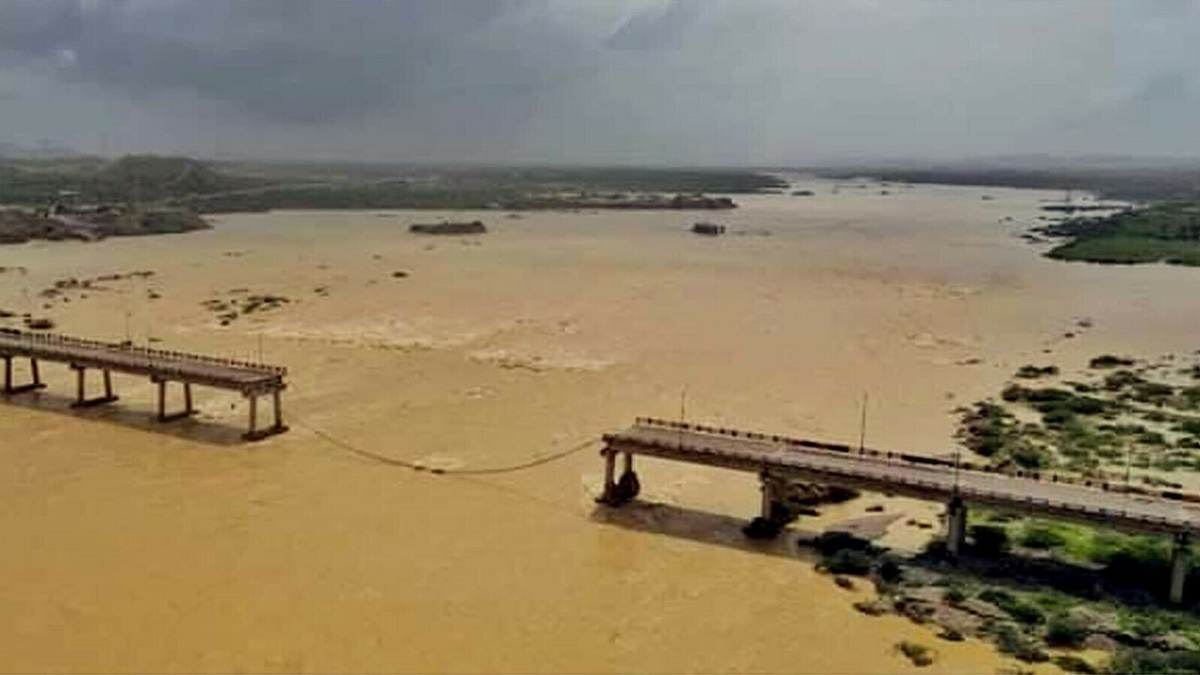 On the Quetta-Sukkur N-65 Highway, hundreds of people were held up after two important bridges had to be blocked because of structural damage.

When he toured the flood-stricken districts of Khyber Pakhtunkhwa’s Swat district on Tuesday, Chief of Army Staff (COAS) General Qamar Javed Bajwa blamed structures along river banks for the destruction brought on by floods.

The Bibi Nani bridge in Balochistan’s Kacchi region has been harmed by the region’s persistent rain and flooding. Meanwhile, the highway’s Pinjra Bridge has been destroyed by flooding.

Passengers, including women, children, and elderly people, were hit between Ab-i-Gum and Dhadar in Bolan district as bridges were closed.

Ghulam Muhammad, 60, a traveller, stated, “We are waiting in the buses and facing a really difficult situation since food and water are running out.”

Driver Muhammad Afzal claimed they couldn’t get there or return to Quetta.

However, according to PDMA representatives, the passengers received cooked food and water. In the meantime, the supplies were also being provided by the local government and NGOs.

Gas and electricity supplies to several regions of the province could not be restored, even after several days.

In the meantime, there were still issues with cell phone and internet connection in Quetta, the provincial capital, which was still cut off from the rest of the nation by the road and train system.

Authorities have stated that overflowing seasonal rivers and nullahs that were still carrying floodwater were hampering efforts to restore the services.

As the river was still carrying heavy floodwaters, the pipeline in the Bolan River that was carried away last week could not be rebuilt.

Salman Ahmed Siddique, a spokesman for Sui Southern Gas Company, stated that “We have deployed machinery, pipelines, and other equipment and following security clearance and soil testing, repair work would be initiated.”

After an optic fibre cable was destroyed in the Bolan area, the internet and mobile services were once again interrupted.

Shehbaz Wants to Work With Imran Khan ‘For Crisis Sake’