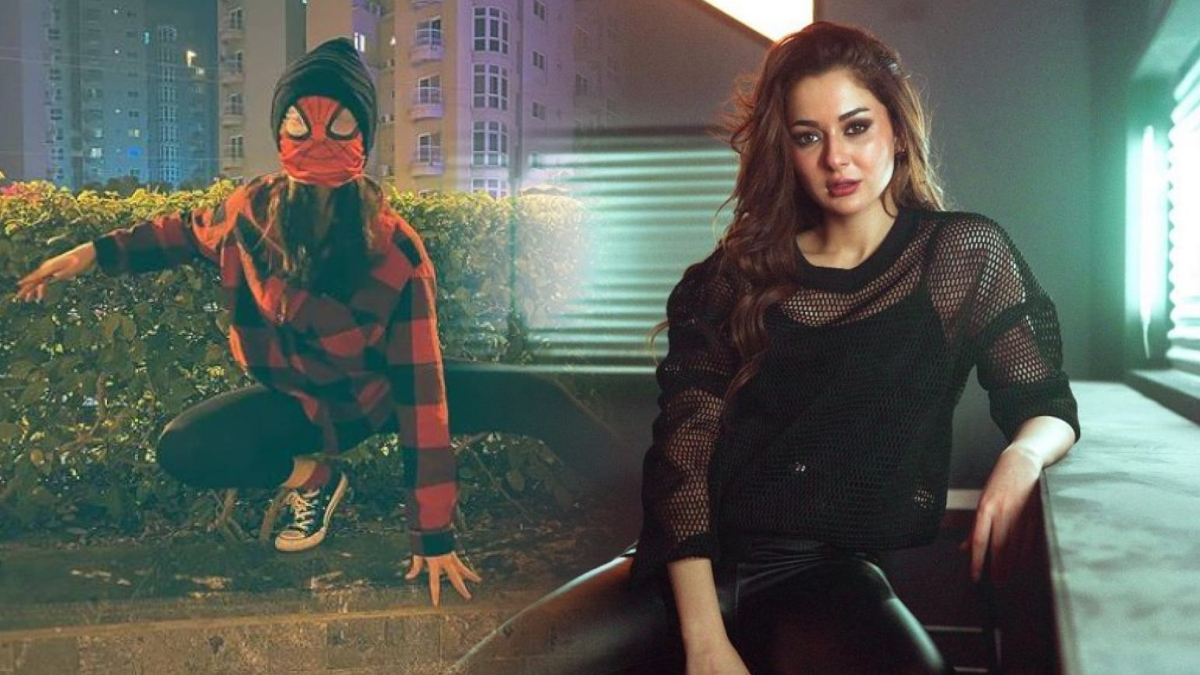 Hania Amir certainly knows the art of keeping herself in the headlines.

The beautiful Pakistani actress makes waves in the industry with her powerful characters in various dramas and movies.

Amir is one of the few celebrities who have earned fandom, fame, and success in a short span of time.

Known for her bold, vibrant, and blunt personality, the actress debuted with the film Jaan, whose producer Emraan Kazmi approached her after noticing her acting skills on Dubsmash. Fans adore Hania’s bubbly personality and fantastic sense of humor.

Recently, a video of Hania Amir surfaced on Instagram where she was dressed as Spider-Man, doing Spider-Man antics. The video featured Kubra Khan, who was also wearing a spiderman-themed face mask. As evident from the video, the actress was on her way to catch the ‘Spider-Man No Way Home’ premiere, which was released on December 17.

Since the new Spider-Man film is here, the “Spider-verse madness” has taken over Pakistan. Fans are anxious to grab their ticket for the latest production of the famous brand. Among those fans are showbiz divas Hania Amir and Kubra Khan.

To call Amir just a fan would be an understatement.

Netizens took to the comments to express their thoughts on Amir’s antics as she and Khan made their way to the cinema.

It merits mentioning that Sony and Marvel’s new “Spider-Man: No Way Home” had a massive North American opening this weekend, taking the earning to an estimated $253 million – the third-biggest domestic opener of all time.

The new superhero blockbuster is on its way to $600 million globally. And this is as theaters continue to pave their way back from year-long Covid-induced closures.