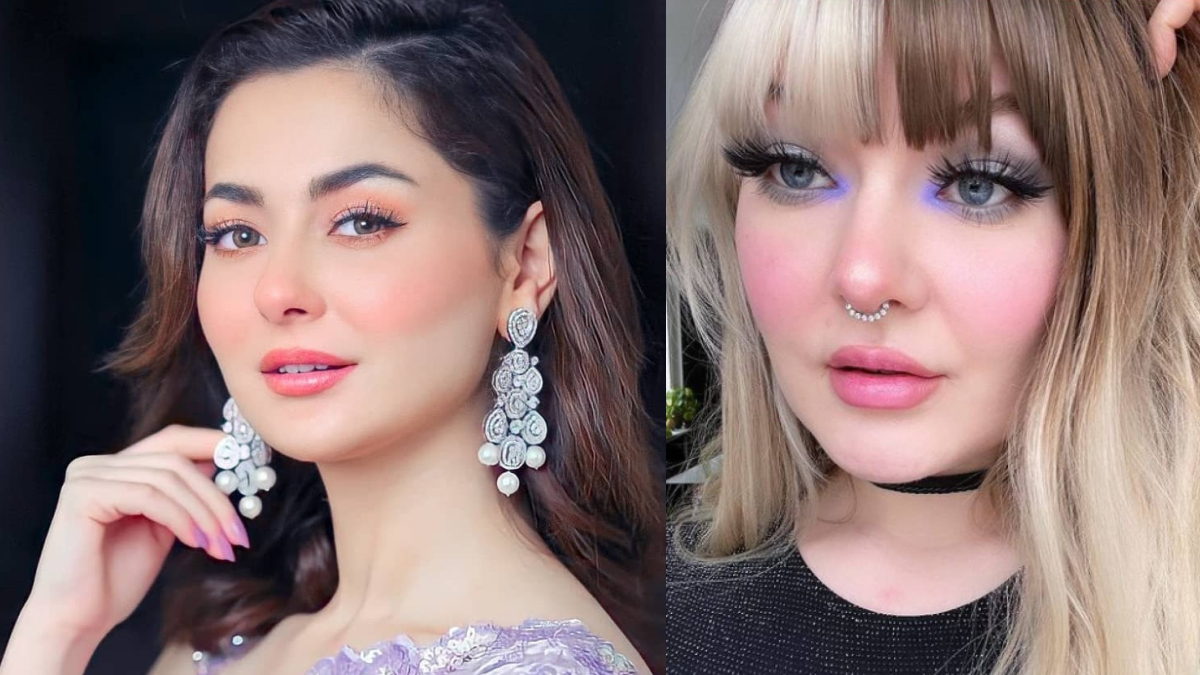 However, her doppelganger resides miles away in Sweden.

According to details, the revelation was made by a Twitter user who shared a photo from a makeup enthusiast with an Instagram ID named ‘fancymaggot.’

The fan inquired if that was Hania Aamir from a parallel universe.

Hania’s fans, quick to respond to her lookalike’s photos, expressed their disbelief at the uncanny resemblance.

An Instagram user said, “How can I unsee this,” with shocked emojis.

Meanwhile, Aamir is busy promoting her forthcoming drama Sang-e-Mah. The drama is being made under the banner of Momina Duraid Productions and features singer Atif Aslam alongside Hania Aamir.

Over the weekend, hundreds of fans gathered at the Moin Khan Stadium for Asim Azhar’s much-awaited concert in Karachi. The pictures and videos from the Ghalat Fehmi crooner’s performance soon went viral on social media. In attendance, dancing with the fans to Asim’s tracks was none other than his ex, Hania Aamir.

The attendees caught Hania shaking a leg to Asim’s gig, and the fan theories ensued. Many applauded Hania for letting go and not caring about the gossip mongers. In contrast, others didn’t spare the chance to take a jibe at her.