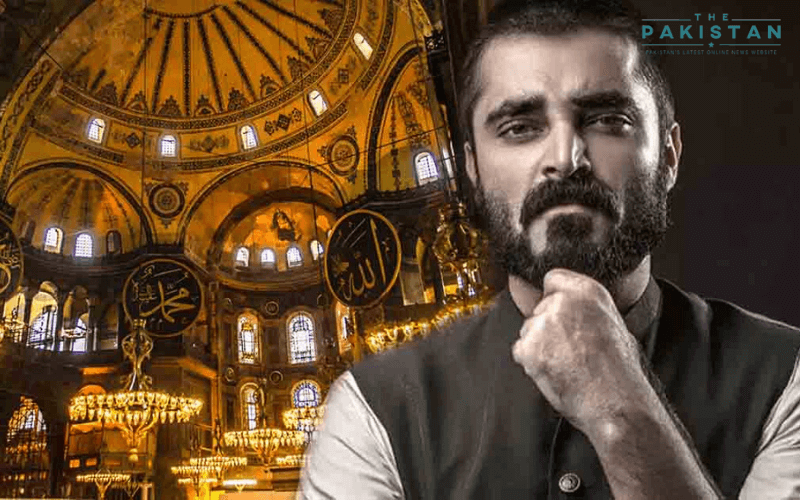 Actor Hamza Ali Abbassi is known to be outspoken on matters even if they don’t concern him or fall under his domain. So when the Turkish Court passed an order seeking the conversion of Hagia Sofia into a mosque from a museum, the actor could not help but pitch in his two cents on the matter as well.

Quoting some of his readings on Islamic studies, the actor-cum-host-cum-judge criticised muslims celebrating the conversion of Sofia into a mosque where he made some strong points despite having no authority on guiding the masses on what they should or shouldn’t do.

Taking to his favorite medium Twitter to express his views, he said “I often read about how Umar Khattab R.A refused Patriach Sophronius’ offer to pray in Church of Holy Sepulchre in conquered Jerusalem, so Muslims wont later convert it into a mosque… I read about how the Sahaba R.A didnt harm the Bamiyaan Buddha statues in conquered Khorasaan…”

He said that Pakistan suffers from massive religious discrimnation of the minorities. He added that Pakistan is not an empire or a kingdom. “We didn’t conquer Pakistan, we are a muslim majority nation and state. Whoever decided to remain in Pakistan on Aug 14, 1947 became an equal citizen of Pakistan.”

“And then i see those Muslims today… Thumping their chests and proclaiming victory of Islam by converting churches into mosques and stopping a small mandir from construction… Ahh… No wonder Allah has given us Muslim the azaab of zillat and mehkoomi in this world.”

His comments were over the recent criticism from various extremist groups and religious scholars against the construction of a temple in Islamabad. He said these are some for the reasons why islam and muslim face persecution across the globe.

“If Allah had not driven some people back by means of others, monasteries, churches, synagogues and mosques, where Allah’s name is mentioned much, would have been pulled down and destroyed” (Sura 22, verse 40).”