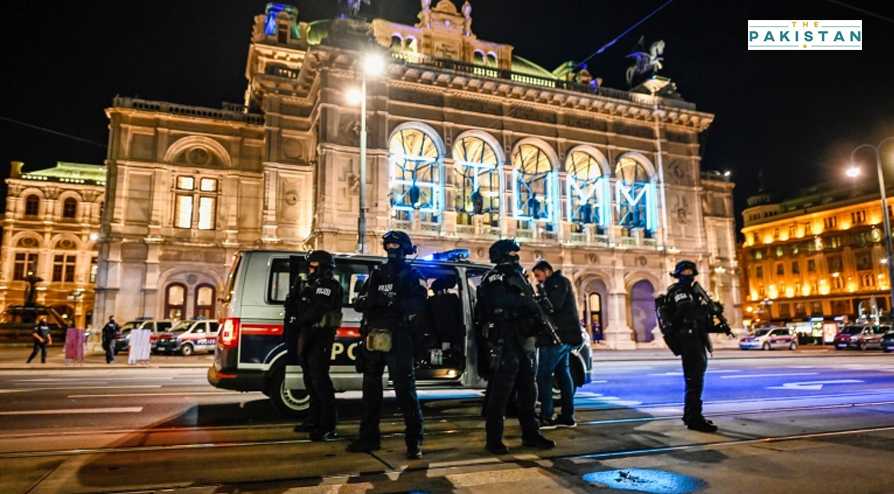 The attack came just ahead of the planned lockdowns enforced by the Austrian authorities. The authorities had announced a nationwide lockdown to contain the second wave of Covid-19 as cases in Europe rose.

He said that “we are experiencing difficult hours in our republic” while adding that the army would be taking over the security of major buildings in Vienna.

“Our police will act decisively against the perpetrators of this hideous terrorist attack. We will never allow ourselves to be intimidated by terrorism.”

The responding police were at least one attacker who was still at large, the interior minister said. The shootings took place near Vienna’s central synagogue but it is not yet clear if that was the target.

Police said the incident began at about 8 pm on Monday, near the Seitenstettengasse synagogue, when a heavily armed man opened fire on people outside cafes and restaurants, BBC reported.

Members of the special forces quickly arrived at the scene. One policeman suffered a gunshot wound before other officers shot the perpetrator, who was armed with an automatic rifle, a pistol, and a machete, it added.

Jewish community leader Oskar Deutsch tweeted that the synagogue was closed at the time the attack began.

“We heard noises that sounded like firecrackers. We heard about 20 to 30 and we thought that to be actually gunfire. We saw the ambulances… lining up. There were victims. Sadly, we also saw a body lying down the street next to us,” an eye witness told the BBC.

This is the second such incident within just a month as earlier attacks in the French city of Nice. The motive and those behind the attack are relatively unknown at the moment.

Inflation eases to 8.9pc in October