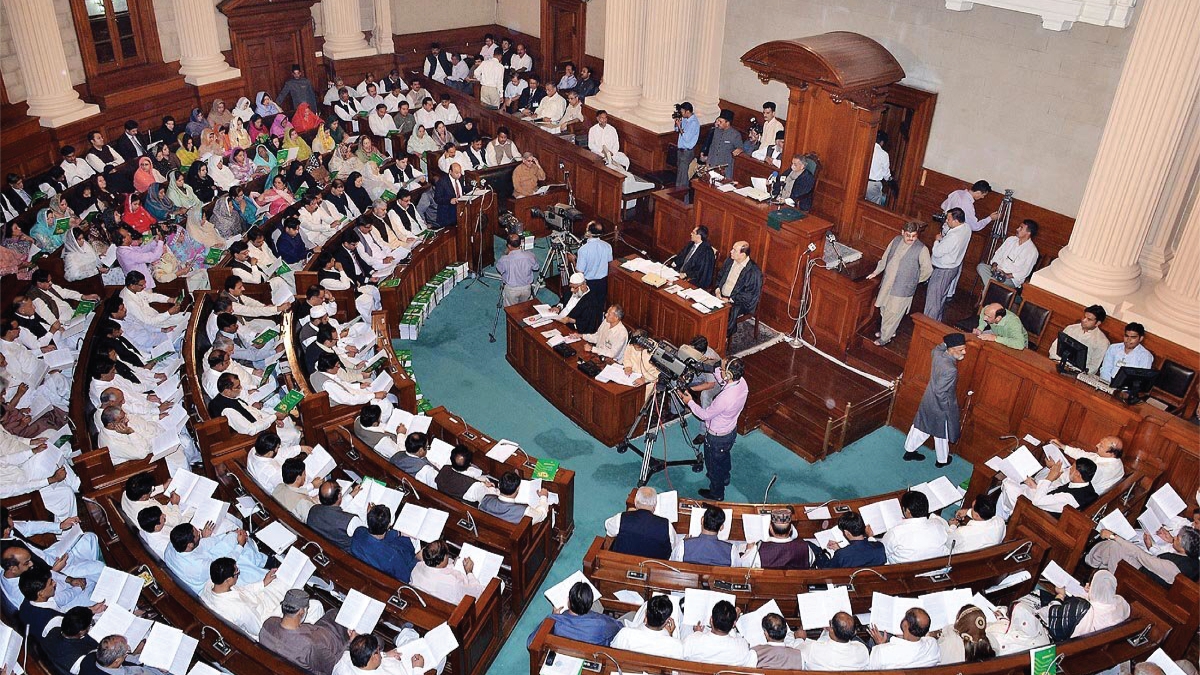 The joint session of Parliament passed,

On Wednesday, the Elections (Second Amendment) Bill, 2021 – authorising the use of Electronic Voting Machines (EVMs) in the next general elections.

Moreover, the joint sitting passed the International Court of Justice (Review and Reconsideration) Bill to give the right of appeal to Kulbhushan Jadhav, the Indian spy, in the light of ICJ directives.

The opposition members mobbed the Speaker dais, raising slogans of ‘rigging and Go Niazi Go’ while tearing copies of the day’s bills.

The Speaker got agonised when the PPP parliamentarian Qadar Khan Mandokhel approached his dais and misbehaved. While ordering the member to stay within limits, the Speaker directed the security staff to “throw” the member out of the House.

After the passage of the two bills, the Opposition members staged a walkout of the House, giving the government a chance to pass the remaining 32 bills.

On the other hand, Federal Minister for Information and Broadcasting Fawad Chaudhry said the Opposition had been losing for three consecutive years. He said the Opposition would disintegrate further after losing in another joint sitting of the Parliament.

The minister challenged Shehbaz Sharif to prove that the government had lost its majority, saying he would arrange a dinner for them and request PTI MNA Aamir Kayani to pay for it.

Prime Minister Imran Khan thanked his allies and members of the National Assembly, who attended the meeting despite the challenges. He lauded the lawmakers, ensuring their presence despite illnesses and other compulsions. Fawad said the party members had shown complete confidence in the prime minister.

Chaudhry pointed out that the laws were essential for the future of Pakistanis residing within and those living abroad.

He said the Pakistan Tehreek-e-Insaf was committed to the passage of these two laws and was standing up to defend the rights of the masses.