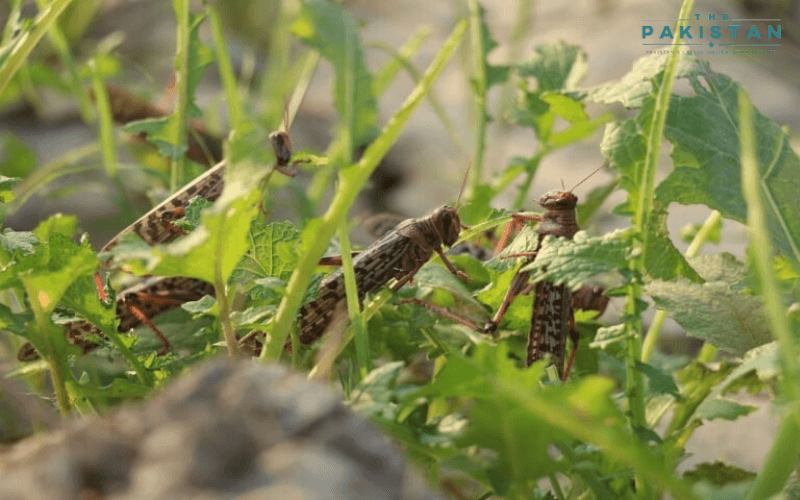 The government on Monday announced its plan to use locusts as a bio compost with help from the locals living in the districts under attack from the swarms.

The pilot project will be launched with the help of the Ministry of National Food Security and Research (NFS&R).

In an official statement, the government said the “Ministry of National Food Security and Research is piloting a project to use locusts for developing bio compost through community mobilization.”

“The project is at approval stage. Pilot testing is expected to begin in Cholistan and Thar. If 10 per cent of the population of both pilot areas becomes active then 222,000-strong force is available to combat against locust.”

The government expects the project to help protect biodiversity and fully mobilise the local community to develop a well informed system to protect 23.6 million hectares of cropped area.  The Pakistan Agricultural Research Councils at the districts of Dera Ismail Khan, Umerkot and Bahawalpur will implement the project. In addition, the agriculture centres located at Turbat, Lasbela and Khuzdar will also be part of the project.

“There will be reduction in environmental pollution. And there will be Introduction of low cost (60-70pc lower) compost and expected return will be around Rs2.80 billion in the next two years. It will result in Improving soil organic matter, soil fertility and soil health,” the government said in the official release.

“Through this project, Organic farming will be promoted in Pakistan. It will improve crop productivity by 10-15pc.” Locusts attacks have put the country’s food security and millions of livelihoods at risk. The government has called for emergency funding from international development partners to safeguard the farmers and livelihoods affected by the attacks.

As per the National Geographic explainer, the locust swarms are typically in motion and can cover vast distances as some species can travel as much as 81 miles or more a day. They can stay in the air for long periods, regularly taking nonstop trips across the Red Sea.