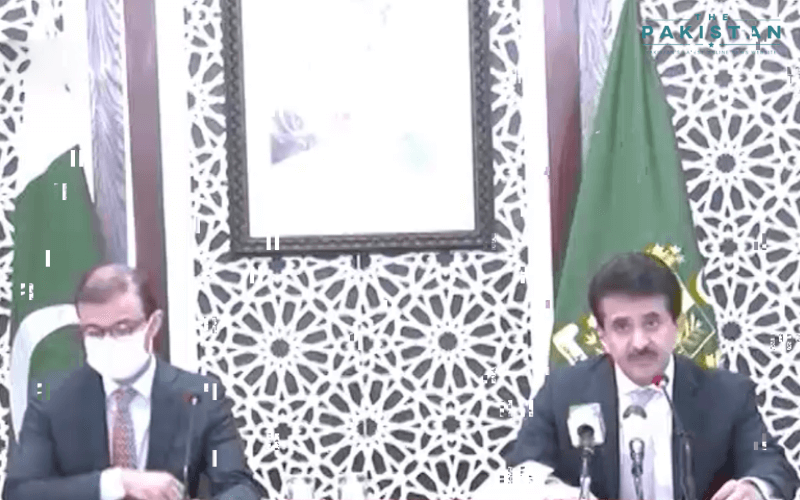 Indian High Commission officials apparently refused to meet their own compatriot and armed forces official, currently under arrest in Pakistan, after seeking permission for consular access to the prisoner.

Confirming the development, the Foreign Office said “two consular officers of the Indian High Commission in Islamabad were provided unimpeded and uninterrupted consular access to Commander Jadhav at 1500 hours.”

However, after Indian officials were allowed by Pakistan to meet the prisoner, they reportedly refused to hear his side of the matter.

Foreign Minister Shah Mahmood Qureshi said, “he kept calling out to them, saying he wanted to meet them, but they left saying the environment was unsuitable.”

Qureshi called out India for its ill intentions as after seeking a request while adding that the high commission officials acted in bad faith.

“Two Indian diplomats were given consular access to Kulbhushan today, according to what was agreed upon. [However], India’s ill intentions have been unmasked. They did not want consular access,” he said.

Jadhav “kept calling out to them, saying he wanted to meet them, but they left saying the environment was unsuitable.”

“The Indian diplomats’ behavior was surprising. Why did the diplomats ask for consular access when they did not even want to talk to Kulbhushan?”

He said that last time, when such a request to meet Jadav was made by the Indian officials, they were provided uninterrupted access to the spy through a glass wall separating them while the audio- and video-recording of the meeting were also allowed.

Jadhab, an Indian RAW spy, is a serving commander in the Indian Navy. He was arrested on March 6, 2016 from Balochistan province in an intelligence operation carried out by Pakistan’s law enforcement agencies.

Following his arrest, the Foreign Office said he had confessed during the investigation on “his involvement in terrorist activities inside Pakistan that resulted in loss of many precious human lives”.