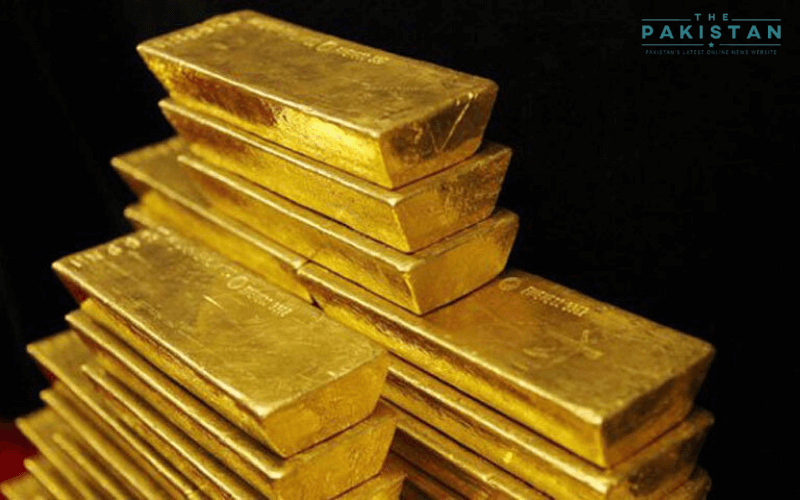 Local gold prices in the country hit their peak on Wednesday after prices of one tola and 10-gram yellow were selling as high as Rs108,300 and Rs92,850 respectively.

The increase in local bullion prices comes after a sudden increase in the international gold prices as it breached $1,800-mark per ounce on Wednesday for the first time in a decade.

Analysts reason the rally in international prices have increased after other asset classes have seen massive declines in the last two quarters on account of the economic pessimism instigated by the Covid-19 cases.

Moreover, the rally on Wednesday was mainly after reports emerged of the incumbent second wave of the virus was likely to grip the world and the chances for a V-shaped economic recovery were looking slimmer with each passing day.

In addition, gold analysts also said that increased buying from investors in the United States and the north european countries have also increased the demand for yellow thereby pushing the prices upwards.

Local gold prices have seen massive upward increases in the ongoing calendar year. Since January 1, the prices of one tola of gold and 10-gram have jumped by Rs20,150 and Rs17,276 respectively.

The prices of one tola and 10-gram gold on the first day of the ongoing calendar year were Rs88,150 and Rs75,574 respectively.

The sharp increase in local prices comes at a time when the demand for the metal is at its historic lows. Gold buying usually picks up in the period between Eid Al Fitr and Eid Al Azha as the period is usually considered as wedding season in the country.

However, this time around, with the ban on public gathering due to the coronavirus, the demand for gold has plummeted. Reports from gold markets say that the current season has seen nearly zero demand in the current season.

Despite that, however, the prices have continued their journey northward.

PIA to resume regular flights to UAE from today