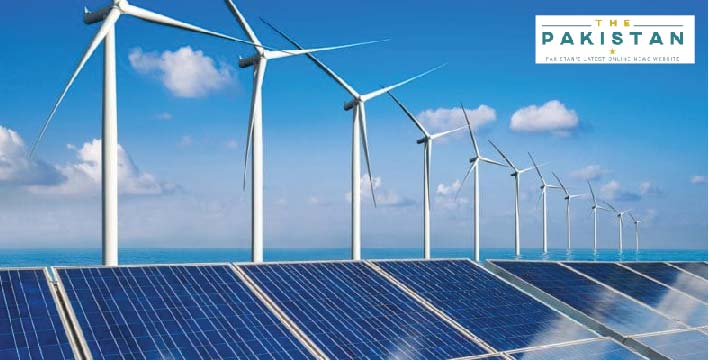 The State Bank of Pakistan (SBP) on Wednesday enhanced the scope of its Refinance Scheme for Renewable Energy by allowing financing under category III of the scheme to solar and wind based energy sale companies to help address the challenges of energy shortages and climate change in the country.

“In light of the feedback received from stakeholders, the size of the project established by the vendor/supplier/energy sale company has been enhanced from 1MW to 5MW,” the SBP said in a press release.

Accordingly, the cumulative financing limit has also been increased from Rs1 billion to Rs2bn.  The SBP Financing Scheme for Renewable Energy was announced in June 2016 with an aim to help address the challenges of energy shortages and climate change in the country.

The scheme consisted of two categories: Category 1 allowed financing for setting up of renewable energy power projects with capacity ranging from 1MW to 50MW for own use or selling of electricity to the national grid or combination of both. Category II allowed financing to domestic, agriculture, commercial and industrial borrowers for installation of renewable energy based projects/ solutions of up-to 1MW to generate electricity for own use or selling to the grid/distribution company under net metering.

Later, in July 2019, SBP introduced a new Category III for facilitating financing to vendors/suppliers for installation of wind and solar systems/solutions of up to 1MW. SBP also launched a Shariah-compliant version of the scheme in August 2019.

Since the introduction of the scheme, total outstanding financing under the Scheme has reached to Rs15.6bn for 217 projects having potential of adding 292MW of energy supply.

This revision in the scheme is expected to not only attract fresh local and foreign investment in the sector but also facilitate production of clean energy in the country, helping in managing climate change.