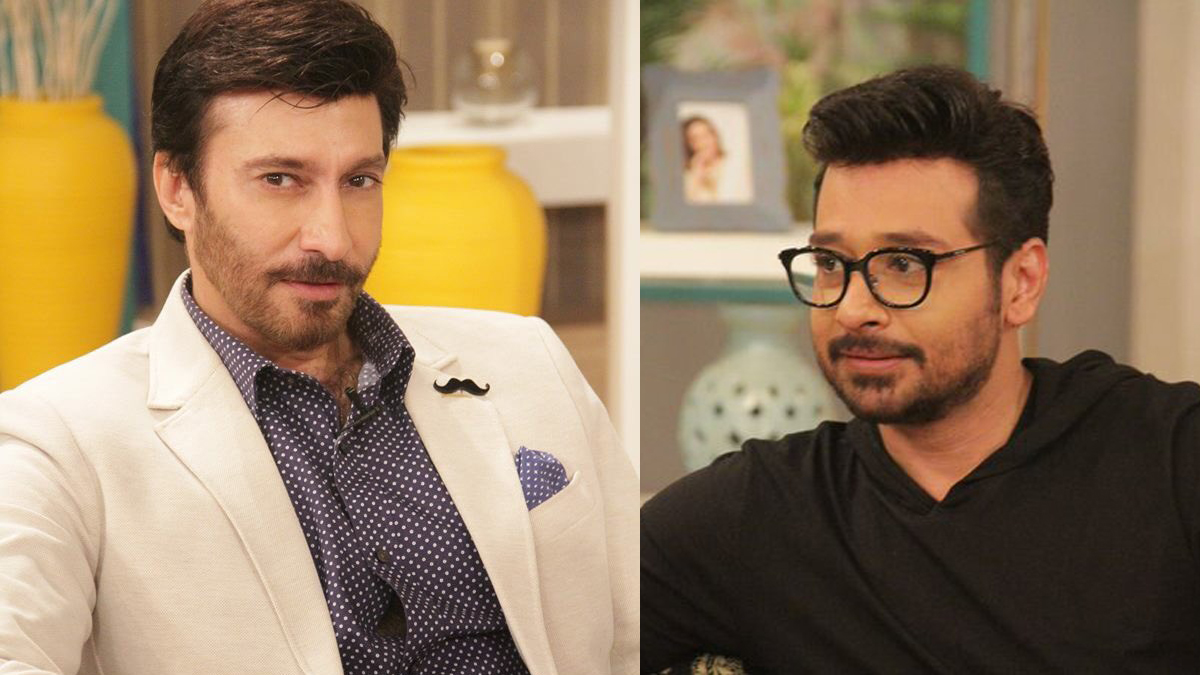 Faysal Quraishi and his friends have recreated his viral ‘jaahil log’ video that is making huge gains on social media.

In the video, actor Aijaz Aslam can be seen hitting his fellow actor Naveed Raza while the others sing for him and wish him a very happy birthday.

A few days back, Faisal Qureshi set the internet on fire with a clip from his game show, where he can be seen getting angry at a few of the participants there.

In the clip, TikToker Muskan was repeatedly hitting another male influencer, while everyone was wishing the latter on his birthday.

The act irked Faysal Quraishi and he then scolded them for failing to follow the decorum on television.

On this, the internet stood divided as some sided with Faysal Quraishi for schooling the TiktTokers and others kept saying that the actor shouldn’t have lost his temper in such a manner.

Responding to all the comments coming his way in a cool manner, Faysal recreated the video in a humorous way with actors Naveed Raza and Aijaz Aslam.

During Naveed’s birthday bash, Quraishi re-enacted his lines from the video while Aijaz Aslam played the character of Muskan.

“Who are these illiterate people”? Faysal repeated this line in a comic manner.

Actors including Ayaz Samoo, Nabeel, and Faizan Shaikh can also be spotted in the video.

The video clip spread like wildfire and lots of other content creators have recreated it for fun. And now, Qureshi has himself got on the bandwagon and shot the hilarious remake with his friends.

The star is currently hosting a game show on a private channel that is mustering huge TRPs.