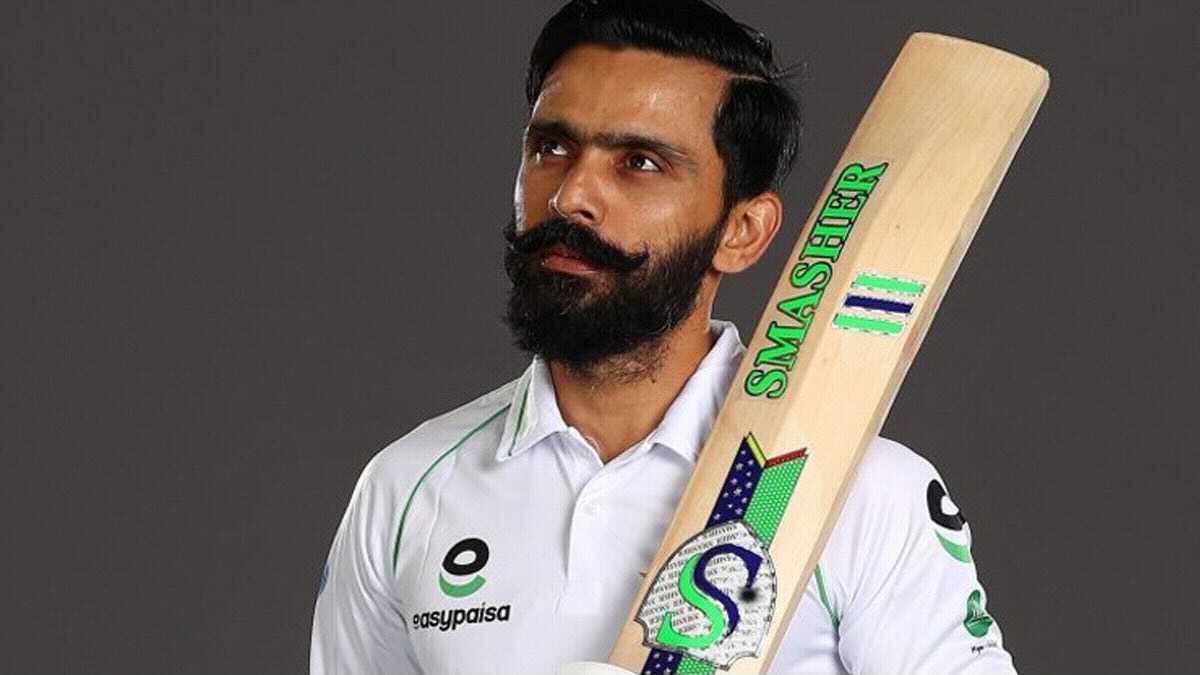 Alam became the quickest ever Asian batsman to score five Test tons when he struck an unbeaten 124 on the third day of the second Test between Pakistan and the West Indies.

The left-handed batsman only took 22 innings to get to this feat. Previously Pujara held this record and managed it in 24 innings.

Ignored for about ten years by the PCB, Fawad’s brilliant 124-run knock came off 213 deliveries. He also hit 17 boundaries to guide his team to a 302-run total before skipper Babar Azam declared the innings.

Pakistan is on the verge of levelling the test series versus the West Indies as the hosts need 280 runs to win with nine wickets remaining.

Fast bowler Shaheen Shah Afridi vowed to repeat the heroic performance on the final day to reach victory in the second test.

Afridi took a career-best 6 for 51, making Pakistan bowl West Indies out for 150 in the first innings. With a lead of 152 runs, Pakistan scored 176 runs in the second innings before they declared their second innings, giving the hosts a target of 329 runs to win the second Test.

“Partnership in bowling is as important as a partnership in batting. When you put pressure from both ends, taking wickets becomes easier. Abbas and Faheem Ashraf backed me a lot,” said the 21-year-old.

He vowed that his teammates would repeat the same show, with lethal bowling partnerships, to pressure the West Indies batsmen on the last day of the Jamaica Test.