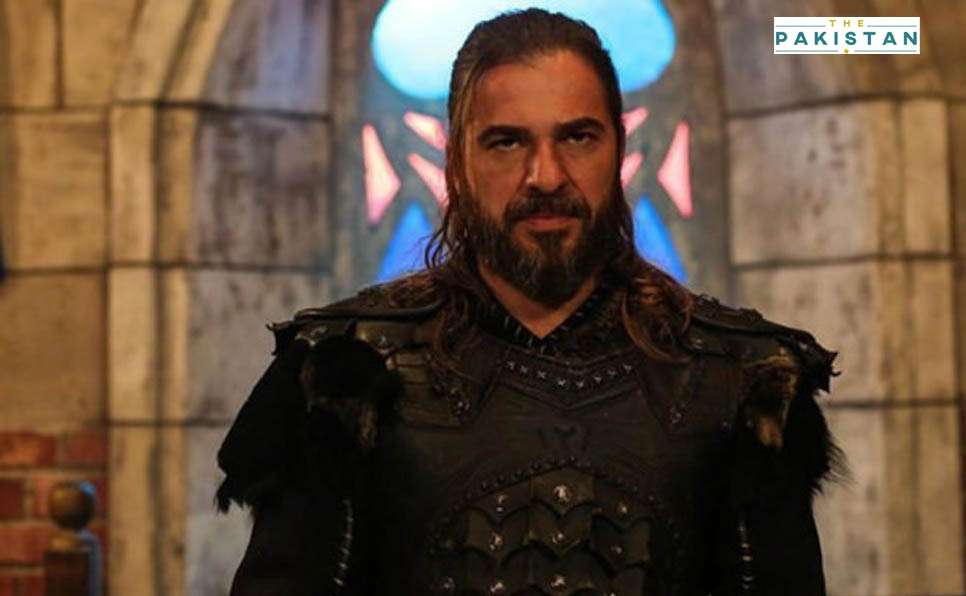 Ever since the epic season Ertugrul Ghazi aired in Pakistan, it has seen one success after the other. Actors in the series have become household names in the country with every brand in the country to associate with the stars to promote their products.

So, after Esra Bilgic, who was seen promoting a popular cell phone and telecommunication company in the country, now the star Ertugrul Ghazi or Engin Altan Duzyatan has also been roped in by the local brand.

Engin has signed an agreement with a local housing society developers in Lahore to inaugurate a mosque within the boundary of the society.

Engin made his screen debut in the Turkish television series Ruhsar and went on to appear in Yeditepe İstanbul, Koçum Benim and Alacakaranlık.

Moreover, In 2005, he also acted in Beyza’nın Kadınları film which was directed by Mustafa Altıoklar and Kalbin Zamanı. Later in 2007, he also appeared in Sevgili Dünürüm series with Haluk Bilginer, Sumru Yavrucuk and Nevra Serezli. He then appeared in movies like Cennet — released in 2008 and Mezuniyet — released in 2009. In addition, he played Doctor Serdar Batur in the series Bir Bulut Olsam with Melisa Sözen and Engin Akyürek.

In addition to his acting, he has hosted a game show titled Canlı Para which is Turkish version of The Million Pound Drop Live for a TV channel in the years 2010 and 2011.

The major acclaim to him came during his work in the TV series named Diriliş: Ertuğrul in its namesake leading role on TRT 1 during the period between 2014 to 2019.

Engin has also featured in 2020 The Muslim 500 Publication as one of the most influential Muslims and has a fan following across the entire muslim diaspora in the world due to his Ertugrul role.