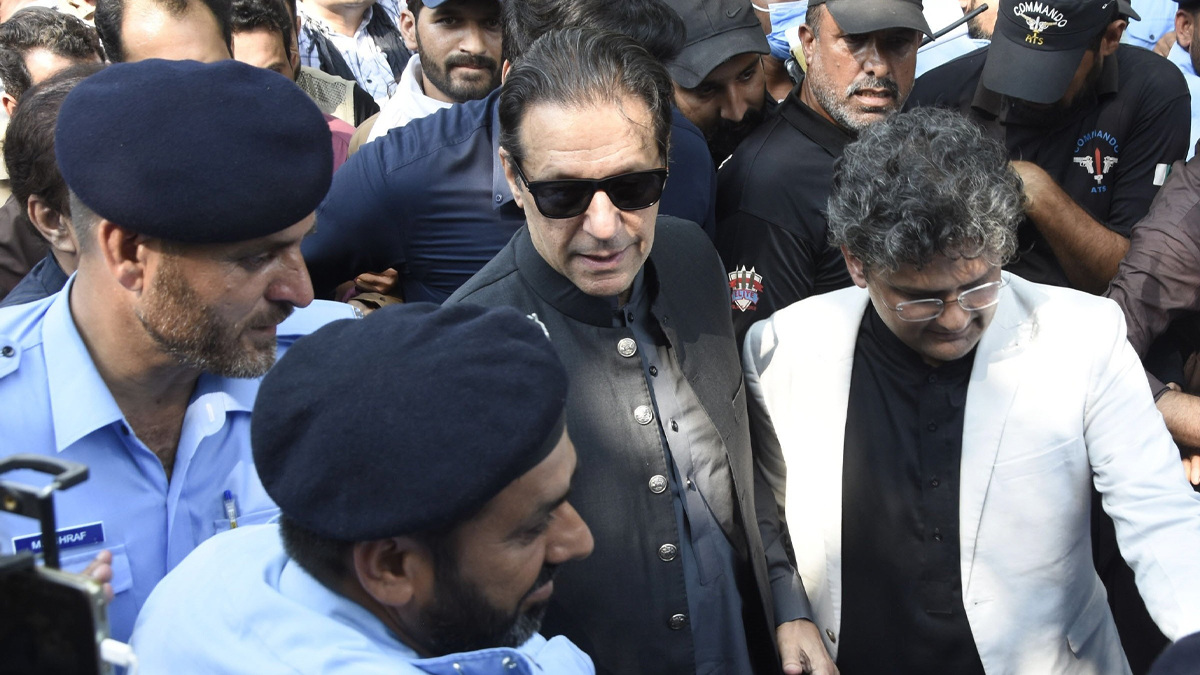 Today (Friday), more than a month after the Toshakhana disqualification reference against the former prime minister and PTI leader Imran Khan was reserved, the Election Commission of Pakistan (ECP) is scheduled to make its decision public.

Before the decision, the ECP had put in place strict security measures.

The ECP has instructed all relevant parties or their counsel to come before it at its secretariat in Islamabad at 2 pm on Friday, according to a notification it issued on Thursday.

The coalition government filed the reference against Imran in August for “not providing information” of Toshakhana gifts and money from their purported sale. The reference was presented by lawmakers from the ruling coalition, the Pakistan Democratic Movement, to National Assembly Speaker Raja Pervaiz Ashraf, who then sent it to Chief Election Commissioner (CEC) Sikander Sultan Raja for further action.

The Toshakhana was established in 1974 and is a department under the administrative jurisdiction of the Cabinet Division. It houses priceless presents that foreign dignitaries and heads of other governments and states have given to rulers, lawmakers, bureaucrats, and officials.

Gifts/presents and other similar items received by those to whom these rules apply must be reported to the Cabinet Division, per Toshakhana regulations.

Despite the Pakistan Information Commission (PIC) ordering it to do so, the PTI had resisted disclosing information about the gifts sent to Imran since he took office in 2018, claiming that doing so would jeopardise relations with other countries.

Imran later acknowledged, however, that he had sold at least four gifts he had received while prime minister in a written response he provided to the ECP on September 8.

In his response, the former premier had said that the presents he had purchased from the state treasury for Rs21.56 million had sold for roughly Rs58 million. The other three gifts each contained a Rolex watch, while one gift had a Graff wristwatch, a pair of cufflinks, an expensive pen, and a ring.

Prior to the decision on Friday, the ECP’s office was subject to strict security measures, with a sizable police, Ranger, and Frontier Corps presence.

Irfan Nawaz Memon, the Deputy Commissioner for Islamabad, also went to the office to inspect the security measures.

In order to “prevent any untoward incident,” the ECP wrote to Islamabad police on Thursday, asking “foolproof protection” inside and outside the watchdog’s buildings for the whole day. A traffic warden and two security officers in civil attire were also asked in the letter.

The ECP emphasised the importance of making the essential security precautions, especially inside the ECP secretariat building, and the issue was given “most urgent” status.

Prior to the decision, PTI leaders criticised the ECP more harshly than before, reiterating their claims that the election body was biased against them.

Shireen Mazari, the leader of the PTI, claimed in a tweet on Friday that the allusion was to “political vendetta by [the] prejudiced ECP, led by [a] quisling CEC.”

Asif Zardari and fugitive Nawaz Sharif should be sought in Toshakhana cars, not other targets, according to the ECP.