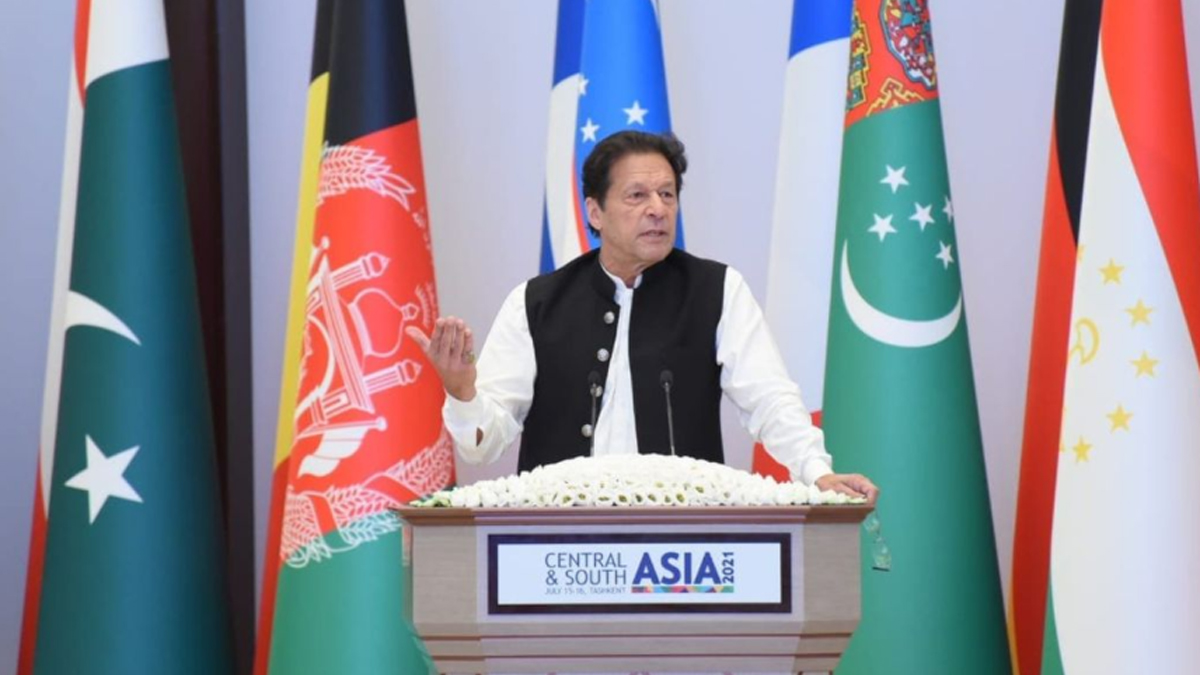 Pakistan has “locked every effort to get the Taliban on the discussion table and have a peaceful settlement.

Prime Minister Imran Khan showed disappointment on Friday over allegations on Pakistan from the Afghan side – saying no country has pushed harder to get the Taliban on the negotiation table than Pakistan.

According to Khan, Pakistan has “locked every effort to get the Taliban on the discussion table and have a peaceful settlement. To criticise Pakistan for what is happening in Afghanistan is very unfair”.

The Premier’s remarks came as he spoke to the International Conference on South Asia-Central Asia Regional Connectivity – Challenges and Opportunities in Tashkent on Friday (today), in response to Afghan President Ashraf Ghani’s allegations about Pakistan’s “negative role” in the Afghan peace process.

Khan categorically reiterated that Pakistan was a partner in peace and not war.

He further said that regional peace and stability were of utmost importance for improved trade and economic cooperation in the region.

“Afghanistan is naturally a land bridge between Central and South Asia, and peace in Afghanistan is very critical for regional connectivity,” he stated.

He said that stability is the foremost priority in Afghanistan as it directly affects the country and that, “Pakistan will always continue to support all actions for peace and reconciliation in Afghanistan.”

Speaking about the host country, PM Khan said both countries shared historical and cultural ties, adding that economic ties between Uzbekistan and Pakistan needed to be promoted.

Khan said that the Pakistan-Afghanistan-Uzbekistan railway project is set to bring a revolution in the region – adding that Islamabad would play every possible part for peace in Afghanistan.

During his visit, the PM is also expected to hold “wide-ranging talks” with President Mirziyoyev that is to cover the “entire gamut of bilateral relations, with a specific focus on trade, economic cooperation, and connectivity”.

As per a statement issued by the Foreign Office, “a number of agreements/MoUs are to be signed directed at deepening bilateral cooperation in diverse areas”.