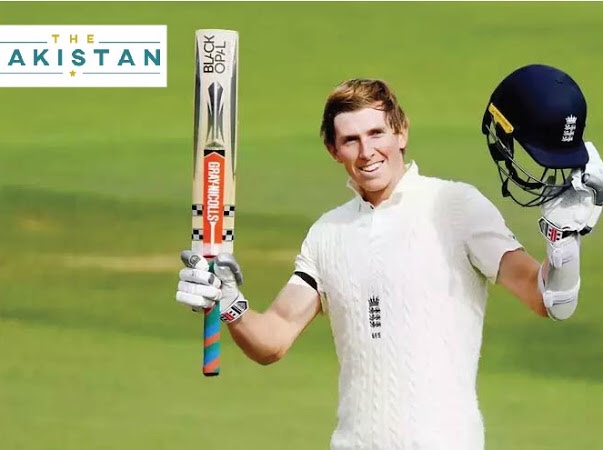 Zak Crawley produced a magnificent maiden century then drove on to 171 not out to dominate the first day of the series deciding third Test between England and Pakistan at the Ageas Bowl.

The 22-year-old, who had a top score of 76 in his first seven Test appearances, admitted last week that he had been dreaming about making a hundred for his country and “pinched himself” at the thought, said a press release issued by the Pakistan Cricket Board.

His hopes became reality as he led the hosts to 332 for four with an elegant innings that included 19 boundaries over the course of 269 deliveries that he faced on Friday.

Jos Buttler proved a perfect foil, contributing 87 not out to an unbroken partnership of 205, added the PCB.

Joe Root started the day by confirming Jofra Archer’s return to the side in place of Sam Curran, but kept the paceman waiting when he chose to bat first. Opening has been a hazardous business for most of the last two months and so it proved once again as Rory Burns followed scores of four, 10 and nought by falling for six.

For the third time he was undone by Shaheen Afridi, with the left-armer serving up a superb delivery that pitched in line and nipped away to flick the outside edge, it said.

Crawley would have been on alert for something similarly challenging but instead gleefully accepted the chance to ping his first ball through square-leg for four. Having scored a low-key 53 in the final session of the drawn second Test, Crawley carried an air of confidence and continued scoring busily.

Dom Sibley was the silent partner, contributing just 16 to the pair’s 61-run stand. When Sibley did look to step things up it cost him dear, lbw to Yasir skipping down the track.