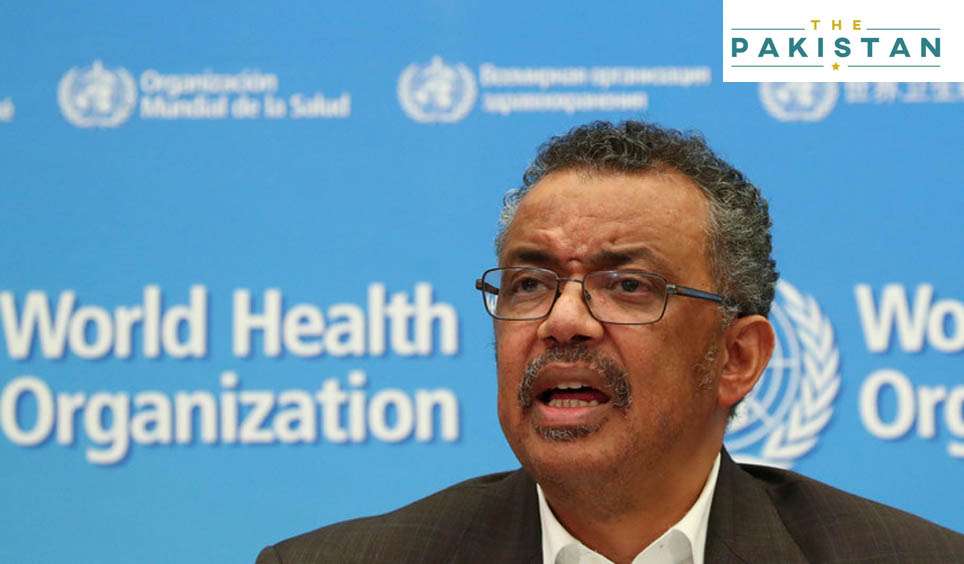 The World Health Organisation has lauded Pakistan government’s efforts in containing the Covid-19 pandemic and called upon the world to learn from the country’s experiences and successes despite the limited number of resources.

WHO Director General Tedros Adhanom Ghebreyesus said that Pakistan galvanised the infrastructure built over the decades to combat polio. Community health workers who have been trained to go door-to-door vaccinating children for polio have been utilised for surveillance, contact tracing and care, he said.

There are many other examples, including Cambodia, Japan, New Zealand, the Republic of Korea, Rwanda, Senegal, Spain and Vietnam. Many of these countries have done well because they learned lessons from previous outbreaks of SARS, MERS, measles, polio, Ebola, flu and other diseases. That’s why it’s vital that we all learn lessons this pandemic is teaching us, Tedros added.

Acknowledging the recognition, former special assistant to the Prime Minister and focal person on containing the virus, Dr. Zafar Mirza tweeted that “Pakistan included among seven countries by WHO Director General- countries that the world can learn from about how to fight future pandemics. Great honour for the people of Pakistan. Alhamdolilah.”

Mirza said that it proves that if we want to do something we can do it. Moreover, the WHO DG spoke about the importance of the public health system. It is talked about ‘building back better (BBB)’ and I believe time has come to build back.

Covid-19 first emerged in China during 2019 and has since spread the world over after initially wreaking havoc in Italy and Iran. Slowly and gradually, barring some of the countries which cut-off flights to and from affected countries, it spread across the entire world.

At the moment, US and India have become the epicenters for the pandemic whereas China was declared Covid-free after authorities brought the pandemic under control.