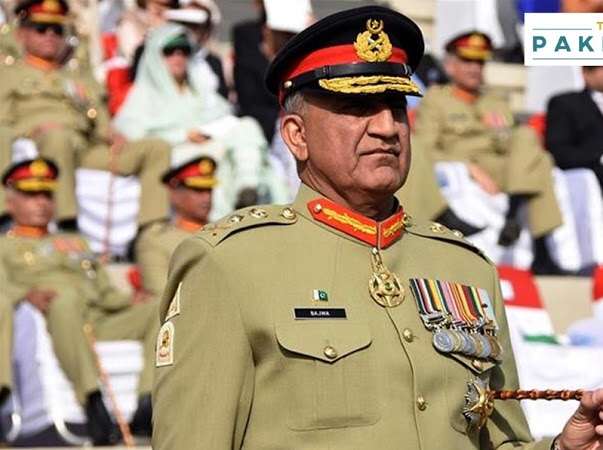 Chief of Army Staff Pakistan General Qamar Jawed Bajwa arrived in Saudi Arabia on Monday to meet with the Saudi leadership. The visit is being dubbed as an effort by the powerful institution to help mend ties between Islamabad and Riyadh that have gone sour over the course of the last two weeks.

Although the official press release by the armed forces’ public relations cell has said the visit is “primarily military affairs oriented”, government officials have however said the meeting will also revolve around the strained ties after the comments made by Foreign Minister Shah Mahmood Qureshi.

The spat began when Saudi Arabia, despite multiple requests by Pakistan refused to call a high-level meeting to condemn India’s move to annex the Jammu and Kashmir valley and abrogate its special position in the Indian state.
Despite passage of a year, the Riyadh-led OIC has not held a high-level meeting to condemn India’s designs in the region. The failure to do so has perturbed Pakistan which culminated in FM Qureshi’s outbursts on national media.

In his statement, he called out Saudis for their lack of leadership skills in the Islamic world.
“If you cannot convene it, then I’ll be compelled to ask Prime Minister Imran Khan to call a meeting of the Islamic countries that are ready to stand with us on the issue of Kashmir and support the oppressed Kashmiris,” said Qureshi in his statement.

The comments did not sit well with the Saudi leadership who have reportedly asked Pakistan to payback $1 billion loan and are also stalling the extension of the three-year oil facility.
Meanwhile, the political leadership of the PTI and foreign minister has not backtracked on the statements made by foreign office. But the COAS’ visit to Saudi Arabia aims to iron out any wrinkles caused by the FO’s statement.