Coalition Demands For Full Bench Ahead Of Supreme Court Hearing 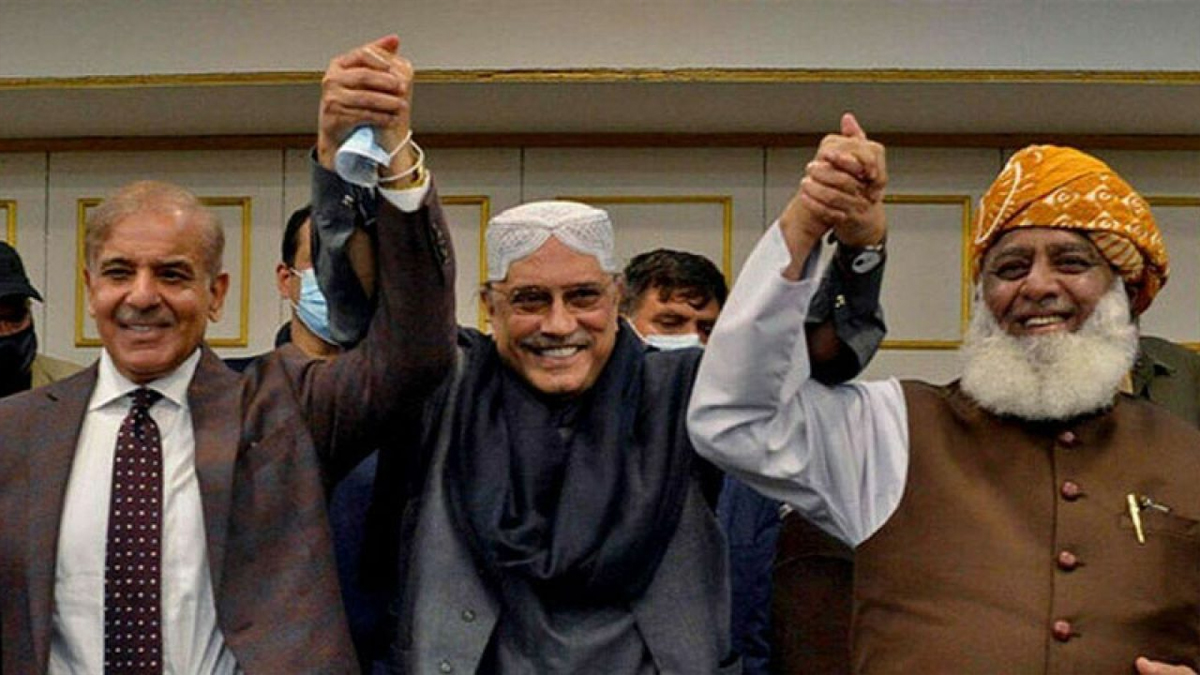 On Monday, the coalition government reaffirmed its desire for the Supreme Court to convene a full bench to hear all linked petitions asking for a review of its prior ruling on Article 63-A.

The matter gained attention on Friday when Dost Mohammad Mazari, the deputy speaker of the Punjab Assembly, decided not to count PML-Q votes in the election for Punjab’s chief minister because he believed they were in violation of the party’s leader Chaudhry Shujaat Hussain’s instructions. This gave PML-N candidate Hamza Shehbaz the victory over PML-Q leader Chaudhry Parvez Elahi.

Members of the coalition government attacked the judiciary harshly during the press conference, which took place hours before the top court was scheduled to continue hearing Elahi’s appeal challenging Mazari’s decision, and questioned its objectivity.

They also questioned the court’s choice to bar all political leaders present at the news conference from entering. Only the respondent parties’ representatives were given permission by the SC administration to access the court grounds, according to an Islamabad police official.

PML-N Vice President Maryam Nawaz stated at the start of the press conference that she had been advised not to hold the media discussion because it would affect her appeal in the Panama Papers case, which was being heard by the Islamabad High Court and was in its “final stages,” which was currently being heard by the court.

Regarding recent court rulings, Maryam stated that they have a long-lasting and growing impact.

“I could write an essay extolling the judiciary, but one incorrect ruling would invalidate the whole thing,” she added. However, she added, a choice founded on fairness may withstand criticism.

She said that court petitions were being submitted but were either being delayed or not being resolved.

She claimed that because of the way our justice system is set up, when a petition is submitted, the public already knows who will sit on the bench and what ruling would be rendered.