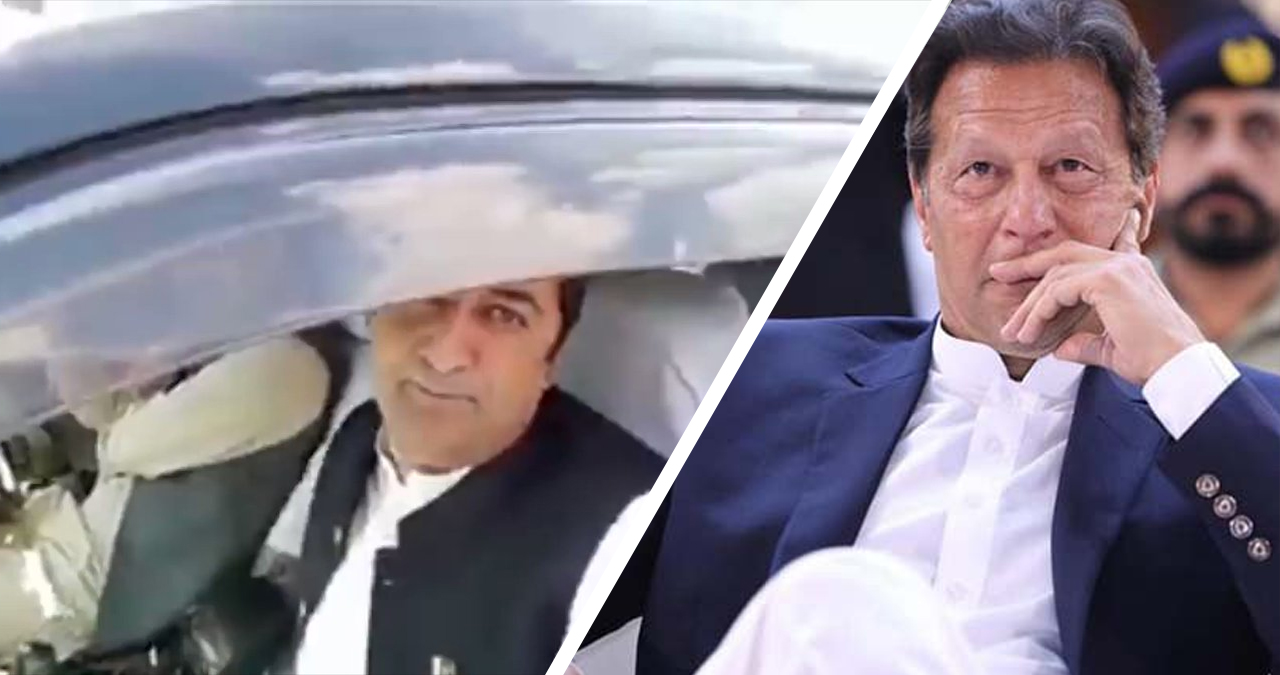 The GB CM left for Islamabad in his official protocol, which caused a huge public outcry as the government was bashed for using state machinery for official matters.

He said the PTI rally was devoid of political workers, adding that it consisted of school teachers and children who were forced to travel along in rented cars.

Meanwhile, Sadia Khalid, an activist, tweeted: “People of Imran are on roads and are suffering for 4 months. The CM is going to Islamabad to signify artificial sincerity. What a vision.”

However, Khurshid said that, unlike other parties, PTI’s GB wing has thousands of people, including workers accompanying it in its journey to Islamabad.

As CM Khurshid was about to depart on his journey to Islamabad, a clip in which a journalist is seen asking Khurshid about using state vehicles went viral. “Is it fair that you are using official vehicles for party matters,” the journalist asked.

“Are you accusing ministers and the chief minister of bringing official vehicles along?”

The CM asked him if he was a journalist or an opposition party member.

Sources privy to the matter said that CM Khurshid was upset as party workers didn’t respond to his calls and refused to travel to Islamabad for the rally. “We told him that we aren’t going to support him as he didn’t pay any heed to us in times of peace. We are remembered now because his own seat is in danger,” a youth leader of PTI said.

Ramiz Raja didn’t wish to work with us: Misbah-ul-Haq