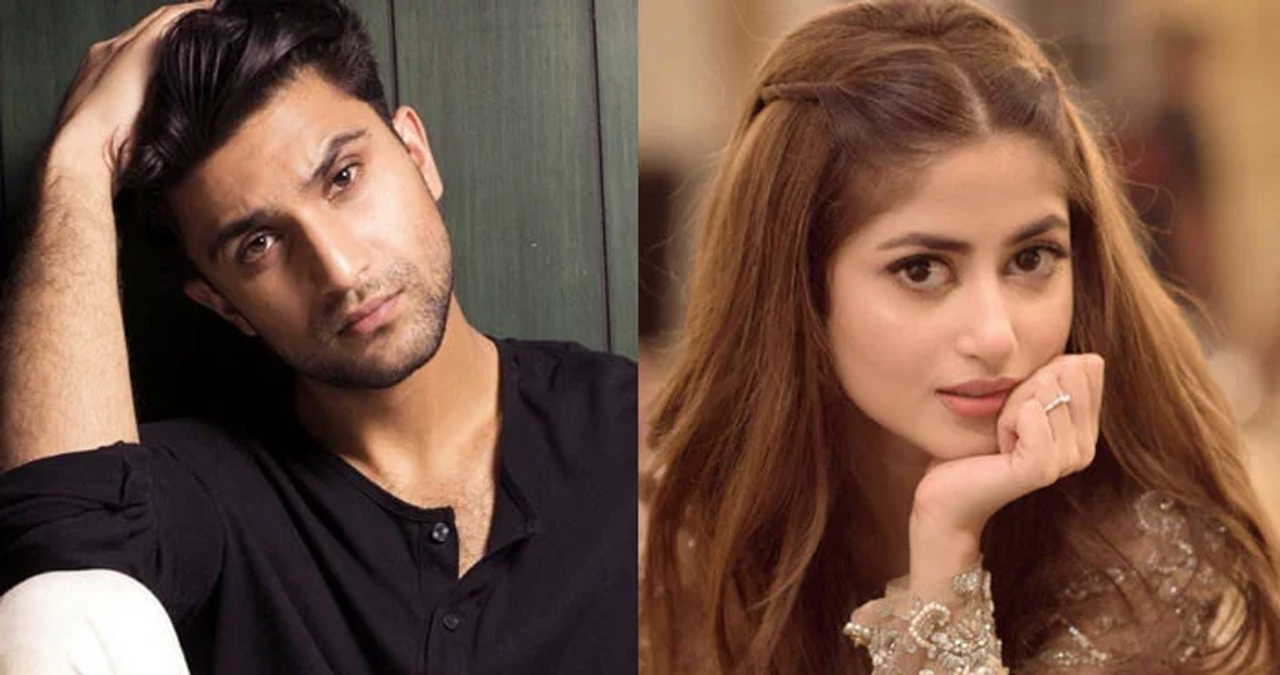 Ahad Raza Mir’s speech was interrupted while he was on stage as the crowd chanted his wife Sajal Aly’s name. Ahad was speaking at Dubai Expo 2020.

The incident spread like wildfire on social media amid rumors that the couple had filed for a divorce.

As the Ehd-e-Wafa star took the mic to address the audience, fans started shouting ‘Sajal, Sajal,’ interrupting while he was speaking.

The reaction came after various news outlets reported that the couple had called it quits. However, neither Sajal nor Ahad has commented on the ongoing speculations.

The Sinf-e-Aahan star fuelled the rumors after she removed her husband’s name from her official Instagram ID. Seeing Sajal’s act, the audience said the couple was divorced.

The duo tied the knot about two years ago in a wedding ceremony in Dubai with their close family and friends.

A social media account recently laid forth the heart-breaking news of Ahad Raza Mir and Sajal Aly’s diehard fan. They passed away amid the couple’s divorce speculations.

As the internet flooded with reports of the celeb-couple separating their ways after their two-year marriage, the social media page, Forever Sahad, claimed that the fan couldn’t handle divorce news.

“My dear friend SARA passed away this morning,” the fan page wrote.

“Sahad was her sole source of survival and happiness. The girl couldn’t handle what she heard here today. I will live with the guilt forever that I was not able to convey her messages to Sajal and Ahad.”