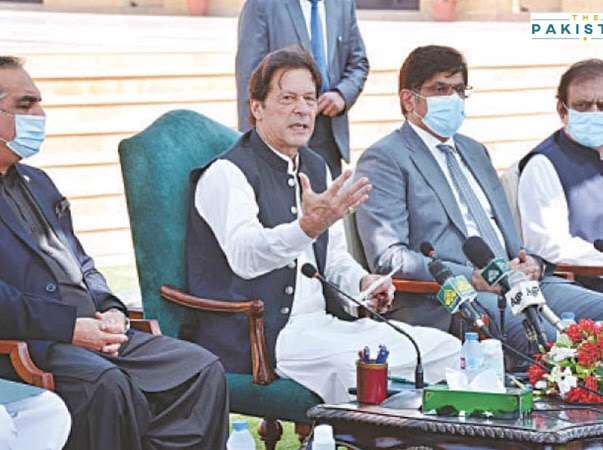 Prime Minister Imran Khan during his visit to Karachi over the weekend announced a Rs1.1 trillion package for the city that envisages water projects, road development programmes, sewerage treatment etc.

The package was hailed as a great step forward towards helping the city’s residents who have suffered immensely during the recent rains. However, another important aspect of it was the rare consensus shown by the PTI-led federal government and PPP-led provincial government on how to move forward over the plan.

However, that evaporated quickly as the representatives of both parties were seen trading barbs against eachother just a day after the package was announced.

The conflict arose as the Karachi’s residents and reporters sought details on where the Rs1.1tr funds will come from and who will pay for this huge amount. PM Khan, while announcing the package did not divulge the details of how the transformation plan will be finalised and whether the provincial or federal government will pay from their own kitty.

However, PPP and PTI ministers then laid out different details on how the plan will work out. PPP’s Sindh CM Syed Murad Ali Shah said the bulk of the responsibility to provide funds lies upon the federal government, whereas Federal Minister for Planning Asad Umar said the Sindh government will provide the majority of the total funds allocated for the transformation.

Asad Umar said that: It is necessary to set the record straight. The federal government will bear only 62 per cent of the total amount of Rs1.1tr announced by the PM while the remaining 38pc will be spent by the provincial government. Karachi package is the right of the people of this city.

Meanwhile, PPP Chairman Bilawal Bhutto said that Rs750bn is the responsibility of the Sindh government and the federal government is taking responsibility of Rs362bn. I believe the percentage Asad Umar claimed, 62pc of the total package, in his press conference is wrong.