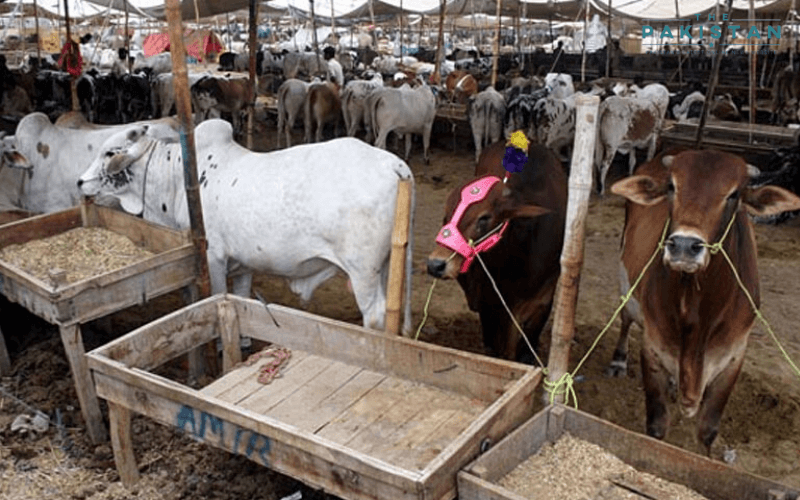 Cattle markets across the country can operate between 6am to 7pm, the National Command and Control Centre said allowing the markets to operate under strict operating procedures on Monday.

“The movement of cattle and people between villages and cities increases the risk of the virus spreading,” said Federal Minister for Planning and NCOC Chairman Asad Umar said on Monday.

In addition, the decision by the NCOC said the markets will be set up outside the premises of the city and will not be allowed inside them.

Prime Minister Imran Khan had earlier requested the country to observe the Eidal Azha with simplicity and carefulness by maintaining social distancing. He warned that if people were not careful during these proceedings, the number of cases — that has come down over the last few weeks — will increase significantly and cause more loss of lives.

Referring to the previous Eid, he said that the people did not follow SOPs during Eidal Fitr celebrations which eventually led to a spike in the total number of coronavirus cases.

He said that if the same were to repeat this time, the situation would go beyond the control of the government as the country’s health facilities are already stretched to the limit.

Medical experts have warned of consequences if the situation at the cattle markets and Eidul Adha celebrations is not managed properly. People must minimise interaction and exposure with other people as much as possible. They warned that the cattle markets could become the new nurseries for coronavirus.