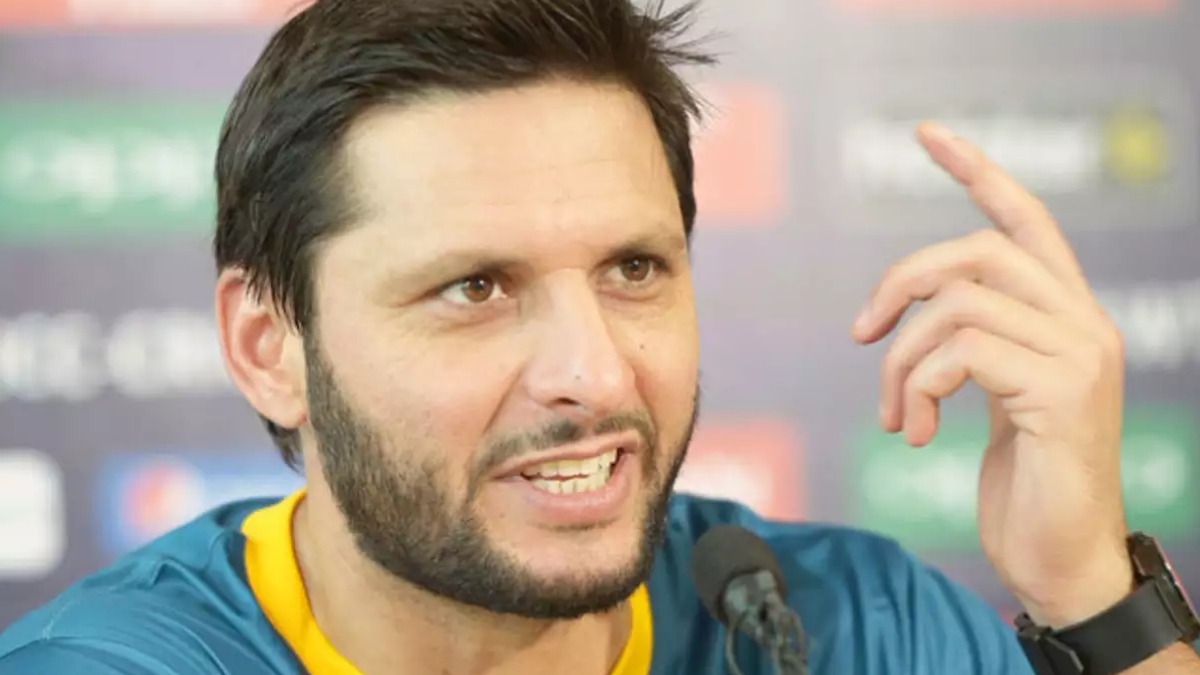 Former Pakistan captain Shahid Afridi has asked other cricket teams to refrain from “underestimating” the Pakistani team as they are capable of beating anyone in the world on their day.

Afridi said the Pakistani squad has talented players who can come up with surprises in the T20 World Cup.

He asked his squad to revive the spirit of 2009 to win another T20 World Cup.

It merits mentioning that Afridi was the man of the match in the seven-run nail-biting semi-final win against South Africa in the tournament 12 years ago – hitting 51 runs. Then, he starred in the eight-wicket win over Sri Lanka in the final at Lord’s – smashing an unbeaten 54.

Moreover, the Pakistan Cricket Board (PCB) is set to reveal the kit of its national squad for the Men’s T20 World Cup, as per its latest announcement on Wednesday.

PCB’s announcement came after the Board of Control for Cricket in India (BCCI) revealed its national team’s kit for the T20 World Cup, scheduled to begin from October 17.

Team India’s new kit is named the ‘Billion Cheers Jersey’. It comes in the place of the 1992 World Cup pattern-like jersey that the team had been using since late 2020.

Meanwhile, the Virat Kohli-led Indian team has made a final change to their squad on Wednesday, replacing Axar Patel with fast-bowling all-rounder Shardul Thakur. Spin-bowling all-rounder Axar Patel’s replacement has been announced to team India’s selected XI, the only change India has made to their squad ahead of the October 15 deadline. Shardul Thakur will join the list of standby players.

It is pertinent to mention that Thakur has played 22 T20Is and has 31 wickets to his name. He has emerged as a reliable batter lately, scoring two fifties lower down the order against England at The Oval.