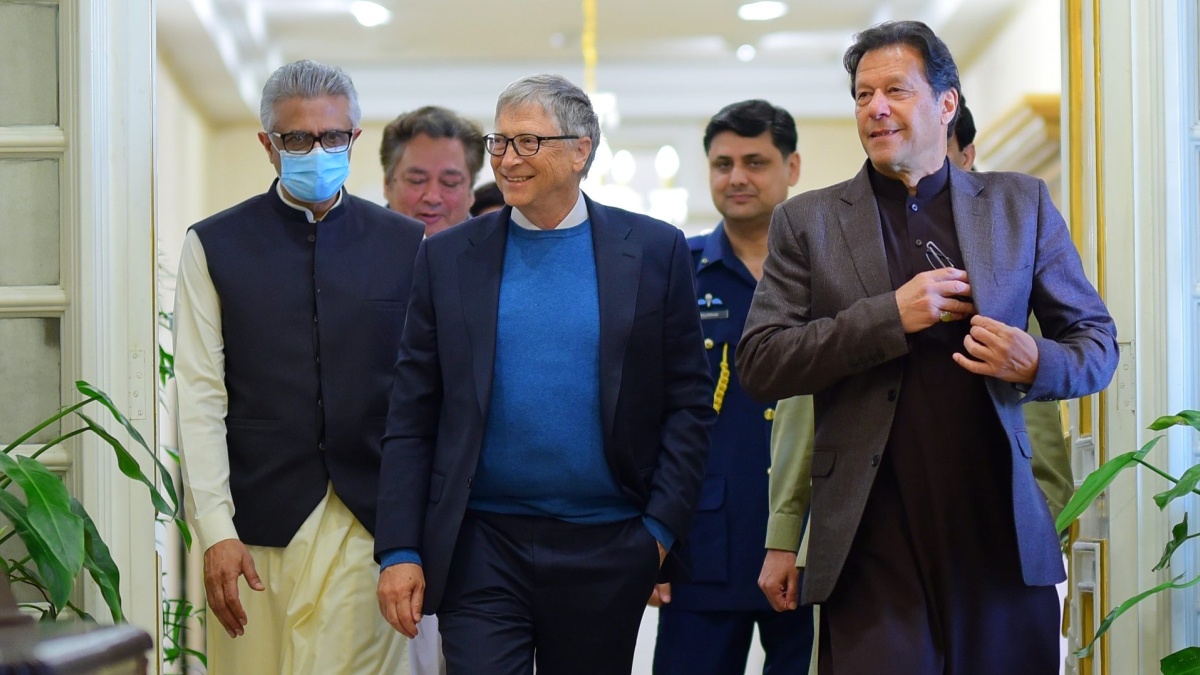 The Bill & Melinda Gates Foundation co-chairman reaffirmed his commitment to fighting the crippling disease in Pakistan and other affected countries.

This was Gates’ first-ever visit to the country.

PM Khan thanked the Bill & Melinda Gates Foundation for its support to Pakistan for polio eradication.

The philanthropist also attended a meeting of the Task Force on Polio Eradication and said that Pakistan performed “amazingly” in eradicating polio.

During the meeting, Imran Khan also directed deputy commissioners of the areas adjoining Afghanistan borders to remain vigilant against the spread of the poliovirus.

During a separate meeting, Special Assistant to Prime Minister Dr Sania Nishtar met Bill Gates to brief the latter about the government’s Ehsaas programme. Gates was impressed with the government’s focus on digitisation, data, and transparency as key drivers.

Gates said Ehsaas was state of the art, end-to-end digitised, and free of exploitation programme.

Nishtar thanked the dignitary for his words about Ehsaas and lauded his support for the initiative.

On another occasion, Gates thanked the Pakistani government for inviting him and extending hospitality on his first-ever visit to the country. He appreciated the efforts of the country’s leadership and health workers for ensuring that polio never paralyses a child again. He lauded the fact that Pakistan completed one year of zero polio incidence.