Single man advertises himself on billboards to find a wife 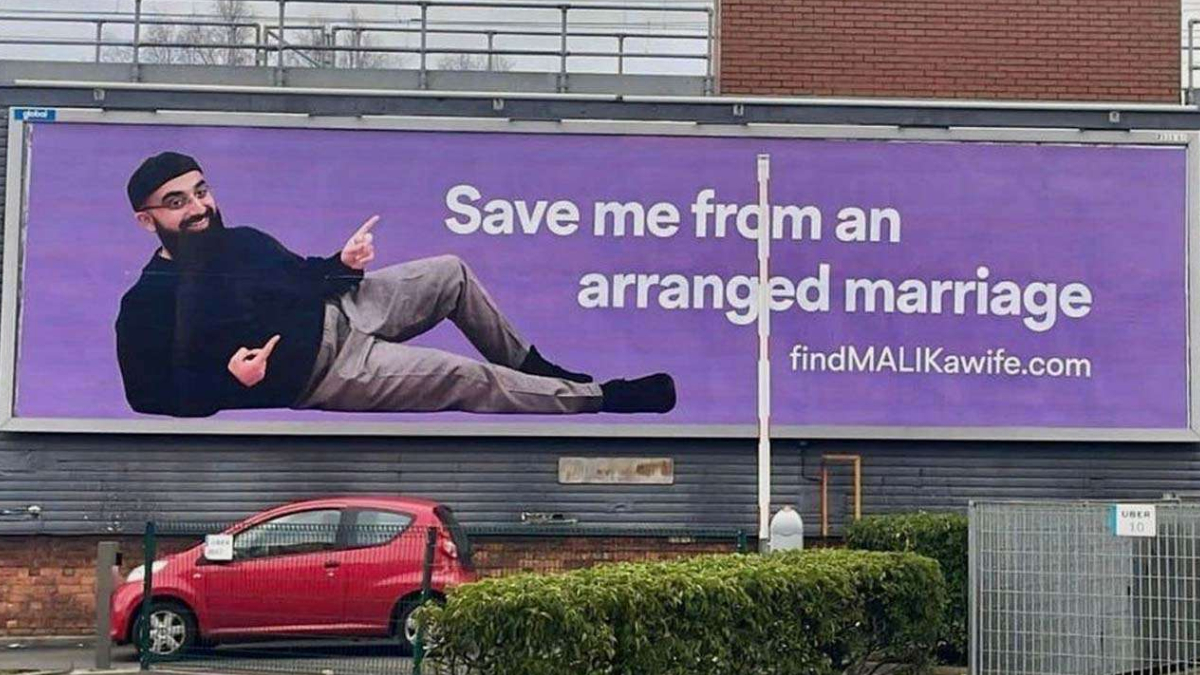 A single man has resorted to advertising himself on billboards in the hope of being able to find a suitable wife.

Mohammad Malik, 29, set up a website, ‘Findmailkawife.com’, plastering his picture on several advertising boards across Birmingham.

Speaking to the media, Malik said he took the unusual approach after the usual methods of meeting ‘the one’ failed miserably.

Malik, a Muslim, works as an entrepreneur and innovation consultant. He also features on billboards on Hockley Circus and Golden Hillock Road.

Drivers on the A34 along the Perry Barr Greyhound Track can sight a 20ft billboard of him lying on his side and joking: “Please, save me from an arranged marriage.”

Malik is from London but sees Birmingham as his “second home.” He loves Birmingham for the “top quality food spots, bustling Alum Rock, and the incredible mosques.”

“I just haven’t found the right partner yet. It’s tough out there,” said Malik, who describes himself as 5ft 8ins tall.

“So, I had to feature myself on a billboard to get seen and noticed.”

Detailing his ideal partner, Malik said she should be a Muslim in her 20s who’s “constantly striving” to better her religion.

It can be brutal out there when searching for a partner. Most desi kids have to fight the looming threat of an arranged marriage over their heads if they fail to find someone. But, Malik’s attempts to save himself from that fate has the internet chuckling.

“A bundle of thanks to all those who messaged in support or those who have applied to be my wife. I’ll see you, don’t worry. I have been overwhelmed with all the messages, so please keep them coming. I’ll get back to you when I can,” he captioned a picture of him standing in front of one of his billboards.