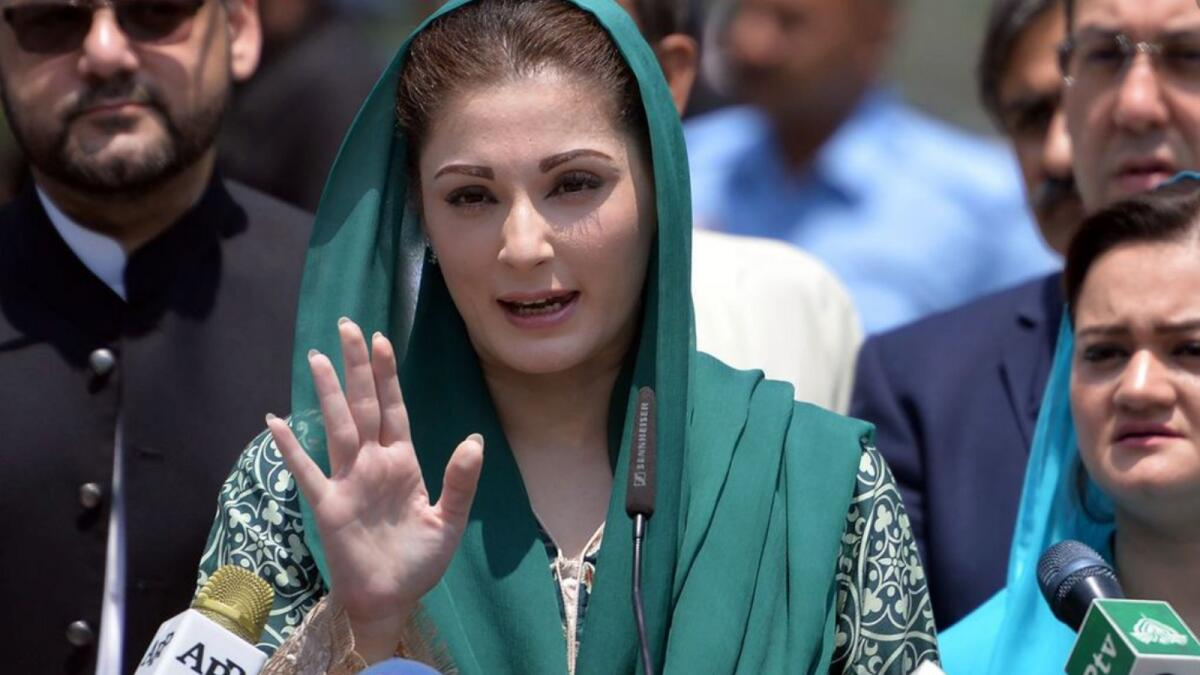 Maryam shared a picture of herself with Marriyum Aurangzeb and Uzma Bukhari.

“Captions, please,” she titled the picture.

The netizens were ready to rule the roost.

The PML-N vice president has been very active on Twitter lately and recently took to the micro-blogging site for suggestions.

While some found the photo funny and thought of hilarious captions, others saw something completely different in the picture.

One user suggested a caption, “Let’s talk like this from today because our calls get recorded.”

One Twitter user called the three “phuppos” of their town, while another captioned, “Gucci gang girls.”

A user said, “Covid 19 with Omicron and Delta variant”.

Journalist Nazrana Yousufzai said, “Women belong in all places where decisions are made.”

One naughty user shared a picture of three apes and wrote, “No caption needed.”

The photo shared by Maryam Nawaz reminded one Twitter user of sisters discussing people’s outfits at a wedding.

“The future is with women,” said a Twitter user.

Maryam made several headlines last month during the wedding festivities of her son with Ayesha Saif Khan.

Single man advertises himself on billboards to find a wife