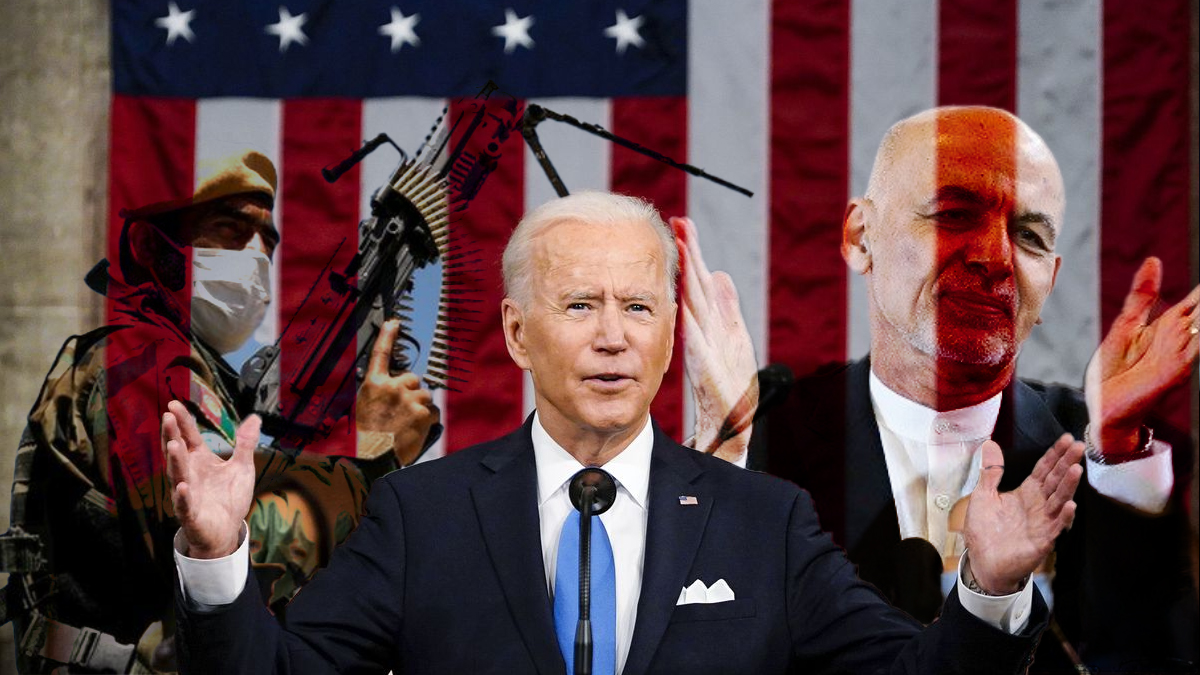 US President Joe Biden, on Monday, stood by his decision to withdraw US troops from Afghanistan, even after the world saw desperate Afghans attempting to escape the country as Taliban forces took Kabul.

“I stand squarely behind my decision,” said Biden. “After 20 years, I’ve learned that there was never a better time to withdraw US forces.”

The searing images of chaos in Kabul exposed the limits of US power and shoved him into the worst crisis of his presidency.

Four presidents share the responsibility for missteps in Afghanistan that accumulated over two decades. However, President Joe Biden alone will be the face of the war’s violent, chaotic conclusion.

The president fought that reality as he spread the blame for the Taliban’s swift and complete recapture of Afghanistan. He signalled towards the agreement brokered by then-President Donald Trump, expressed frustration at the Afghan President, Ashraf Ghani, and regretted the performance of Afghan national security forces. Republicans criticised Biden overwhelmingly, and he found few unreserved backers among fellow Democrats.

The failure of the Afghan government is the most significant foreign policy crisis of Biden’s young presidency. It has brought back memories of setbacks of past presidents such as the botched Bay of Pigs invasion in Cub and the withdrawal from Vietnam.

The repercussions of the Taliban’s success could be startling: threatening Afghan women and girls, posing new security threats and threatening to undermine global views of America’s reliability.

Biden, in the face of such severe consequences, admitted no fault for the chaotic drawdown and forcefully defended his move instead.