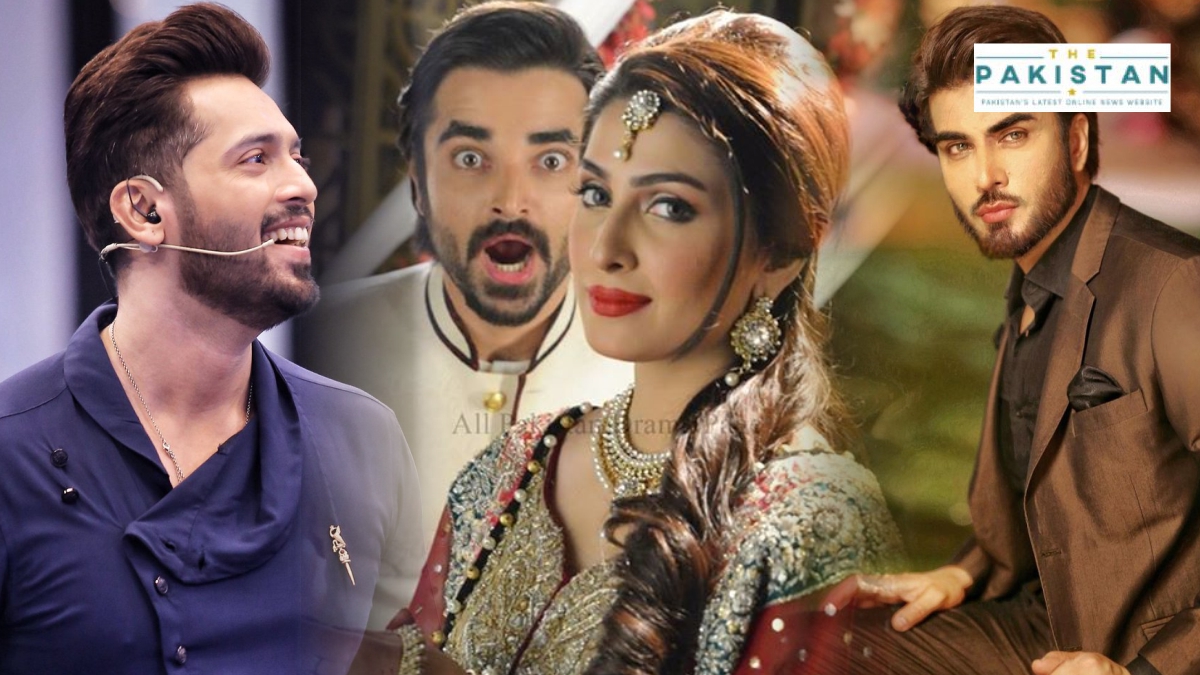 Actress Ayeza Khan has revealed that Fahad Mustafa is one of her most favourite male co-stars.

She is currently basking in the euphoria of her successful serial, Laapata.

Khan recently appeared in an interview where she spilt beans regarding her favourite male co-stars.

When the anchor asked her about her favourite co-star, the Meray Paas Tum Ho star said that when she started in the industry, she was a big fan of Fahad Mustafa – she collaborated with him in ARY’s Pul Sirat. She said currently Imran Abbas is her favourite co-star to work with and is at the top of her list of favourite colleagues.

They both worked in Koi Chaand Rakh along with four other successful dramas and recently hinted at coming forth for another drama serial together. On being inquired about working with Hamza Ali Abbasi, the Laapata diva stated that working with Hamza is really difficult as he laughs a lot.

“Whenever there comes a serious scene where certain emotions are required, he keeps on laughing.”

She said, “So Nadeem Baig used to give us acting cues and hence I started terming him as Pyarey Nadeem and that’s how I was able to do the entire serial”. It merits a mention that Ayeza and Hamza, after Pyarey Afzal, reunited for a television commercial.

Ayeza’s on-screen chemistry, in recent years, has been appreciated a lot with Osman Khalid Butt and Humayun Saeed.