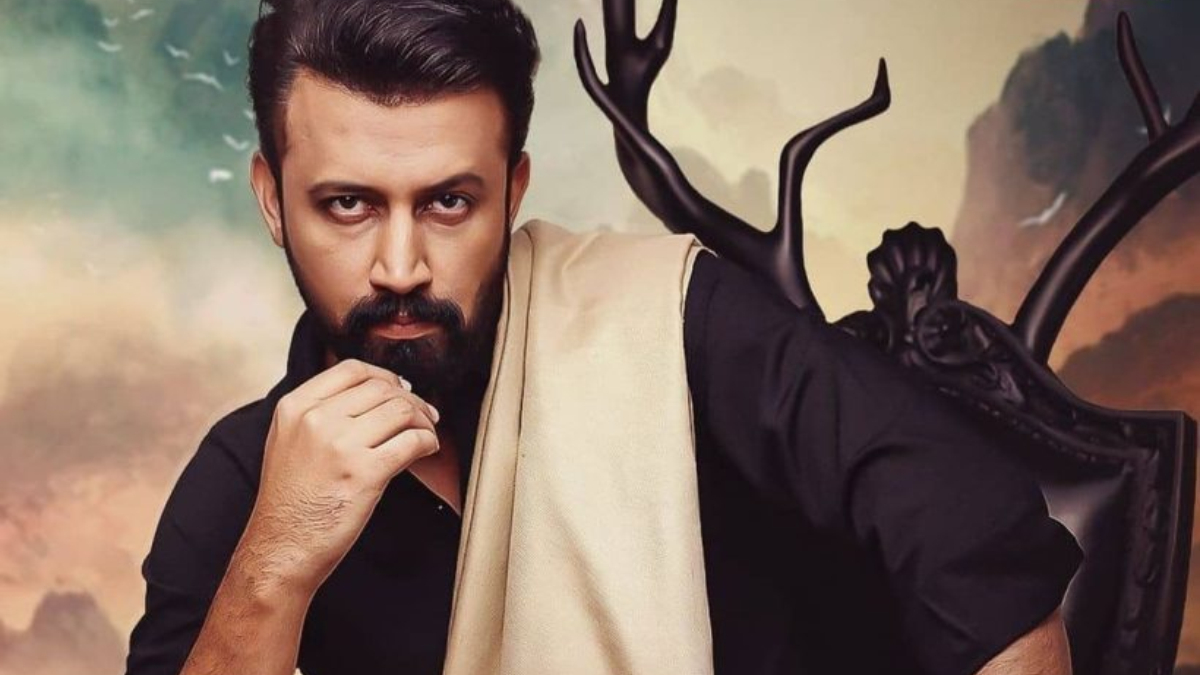 The first look of Atif Aslam starring in Hum TV’s Sang-e-Mah has been revealed.

Being a well-known playback singer in Pakistan and worldwide, the Jalpari famed has got a lot of popularity courtesy of his melodious voice. The singer started his career in 2003. But now, he seems to have changed the course of his career. In Sang-e-Mah, Aslam will appear alongside Hania Amir and Kubra Khan.

Saife Hassan has directed the drama. He also confirmed that Aslam would have his TV debut in this drama serial.

“Sang-e-Mah is a different project. Such a project has not been seen in Pakistan to date. The storyline is very different from other projects. Sang-e-Mah is based on issues of Pakhtoon families and the inappropriate tradition of forced marriages being practised till date,” said Saife Hassan.

“Choosing Aslam as the main lead was Momina Duraid’s decision. She is the one who finalizes the characters. Hopefully, the project will be released in January”, he added.

Fans had seen Atif Aslam act in “Bol” in 2011. Sang-e-Mah is certainly not his acting debut, but he’ll be seen on the small screen for the first time.

It merits mentioning that Sang-e-Mah is the sequel to the very hit Sang-e-Mar Mar, which starred Sania Saeed, Kubra Khan, Ijaz and Mikaal Zulfiqar.

“You all loved Sang-e-Mar Mar. I’m sure you will love Sang-e-Mah too,” Noman Ijaz said. He revealed he was shooting with Zaviyar Ijaz, Sania Saeed, Atif Aslam, Samiya Mumtaz, Hania Aamir and Kubra Khan.

On the other hand, Atif Aslam has been very tight-lipped when venturing into acting. In an interview with BBC, he said he was awaiting the correct script.

“People might see me on TV delivering powerful dialogues,” he teased.