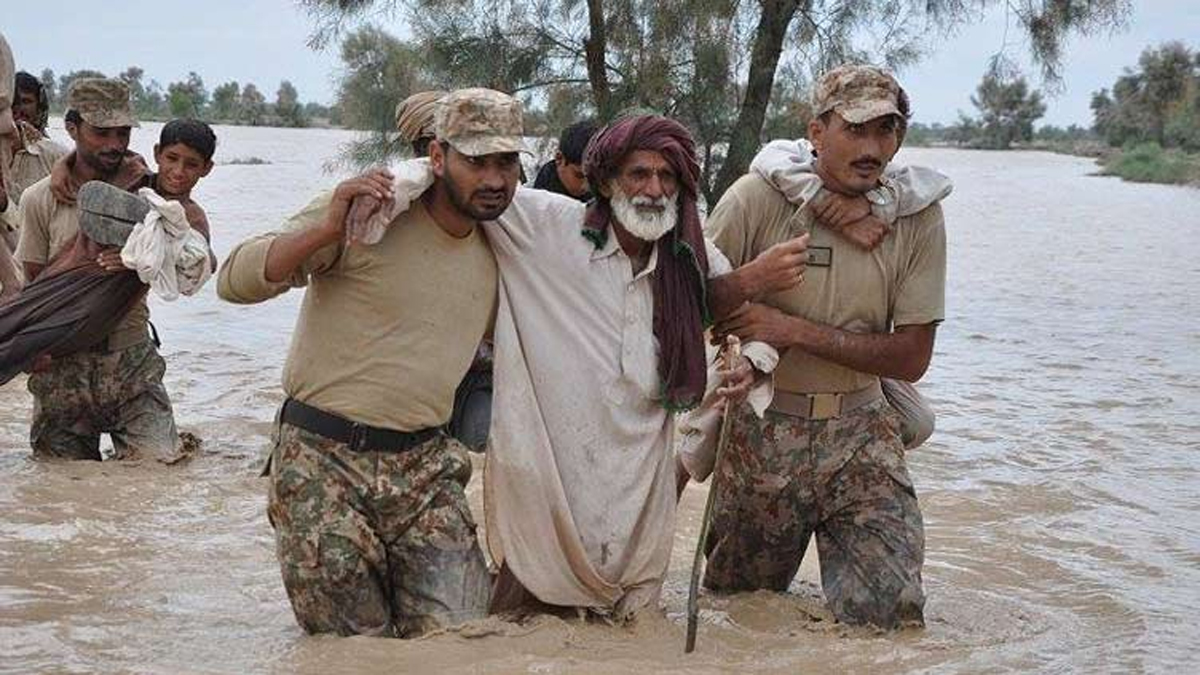 The government on Friday decided to deploy the army in all provinces to aid the civilian authorities in rescue operations in the disaster-hit areas as floods continue to devastate the length and breadth of the country, resulting in the deaths of at least 42 more people in Khyber Pakhtunkhwa and triggering an emergency in several districts.

More than half of Pakistan is already underwater, and flash flooding caused by unusually heavy monsoon rains—which are now in their eighth spell and showing no signs of abating—has forced millions of people from their homes.

According to a notification issued to that effect, the relevant provincial governments will consult with the military operations directorate and General Headquarters to determine the precise number of troops and area of deployment.

The notification stated, “…The date of de-requisitioning of said deployment would be determined afterwards after mutual consultation among all stakeholders.”

The Punjab government had requisitioned the army’s deployment in Dera Ghazi Khan, according to Interior Minister Rana Sanaullah, while KP demanded the army’s assistance in Dera Ismail Khan. Both Sindh and Balochistan requested the military’s assistance in the flood-affected districts of Nasirabad, Jhal Magsi, Sohbatpur, Jafarabad, and Lasbela.

Meanwhile, “extremely high floods” on the Kabul and Swat rivers caused havoc in several areas of KP, forcing the government to order the evacuation of low-lying areas of the area and the declaration of an emergency in Swat and other districts.

The floods that struck Charsadda and Nowshera districts earlier on Friday evening claimed the lives of 42 individuals across the province. By the time this news went to print, at least 21 people had died in Mansehra and Kohistan, 12 in Swat, 5 in Shangla, 3 in Lower Dir, and 1 in Lakki Marwat.