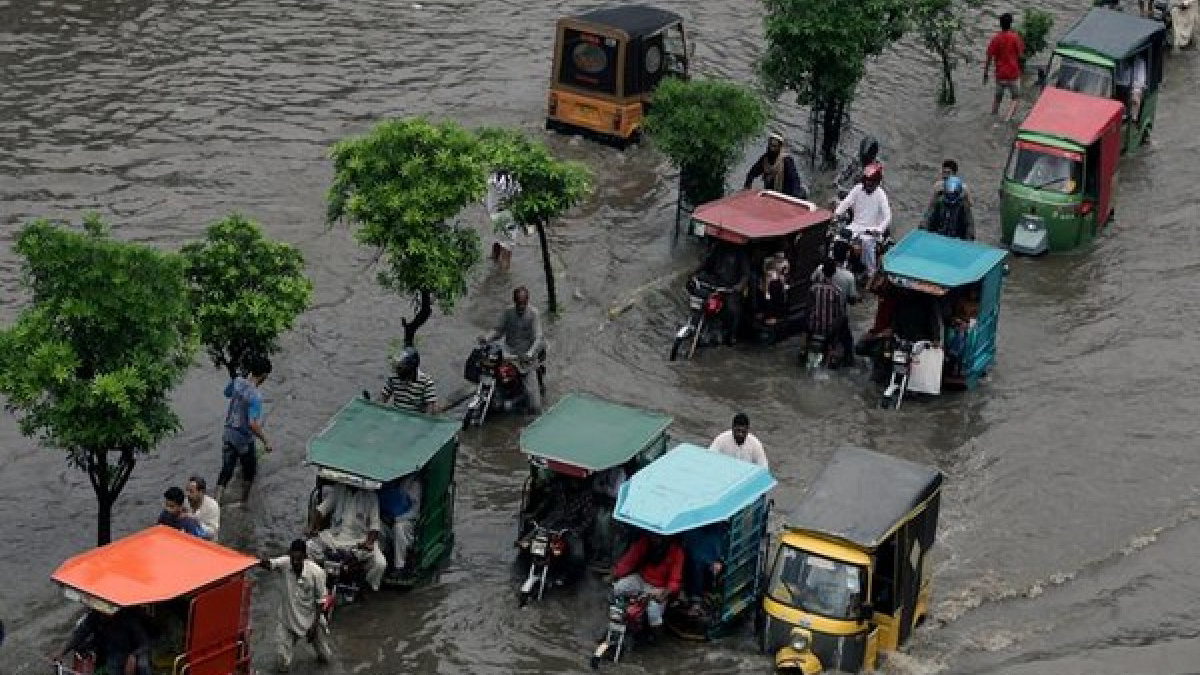 The Pakistani government on Thursday formally declared a “national emergency” in light of the rain-induced floods that have so far killed 937 people, including 343 children, and left at least 30 million without shelter, referring to the relentless monsoon rains as a “climate-inducted humanitarian crisis of epic proportions.”

According to the most recent data provided by the National Disaster Management Authority (NDMA), Sindh has the greatest death toll with 306 persons having perished as a result of floods and other rain-related occurrences since June 14.

In contrast to the usual monthly rainfall of 48mm, Pakistan experienced 166.8mm in August, a 241% increase. The monsoon downpour increased by 784 percent and 496 percent, respectively, in Sindh and Balochistan, the worst-affected districts, it noted.

Flash floods were consequently caused by the unusually high rainfall across the nation, especially in Pakistan’s south, which is still under water as 23 districts of Sindh have been designated as “calamity-hit.”

The prime minister has set up a “war room” at NDMA, according to minister for climate change Sherry Rehman, which will direct relief efforts nationwide. The constant “monstrous” rain, she acknowledged, has “made it difficult to carry out relief efforts, notably helicopter missions.”

During a press conference in Islamabad, the minister stated, “Pakistan is going through its eighth cycle of monsoon; generally the country only has three to four cycles of [monsoon] rain.”

“Pakistan is experiencing a monsoon spell that is unprecedented, and data point to the likelihood of the formation of another cycle in September.”

Senator Rehman warned earlier this week that the current predicament was worse than the devastation caused by the 2010 floods. She continued, “The water is not only streaming from the north as in 2010, but it is similarly or even more catastrophic in its sweep and destructive strength.

‘Misleading And Incorrect’: Nawaz Sharif Dissociates Himself From ‘Comments’ About PM Shehbaz