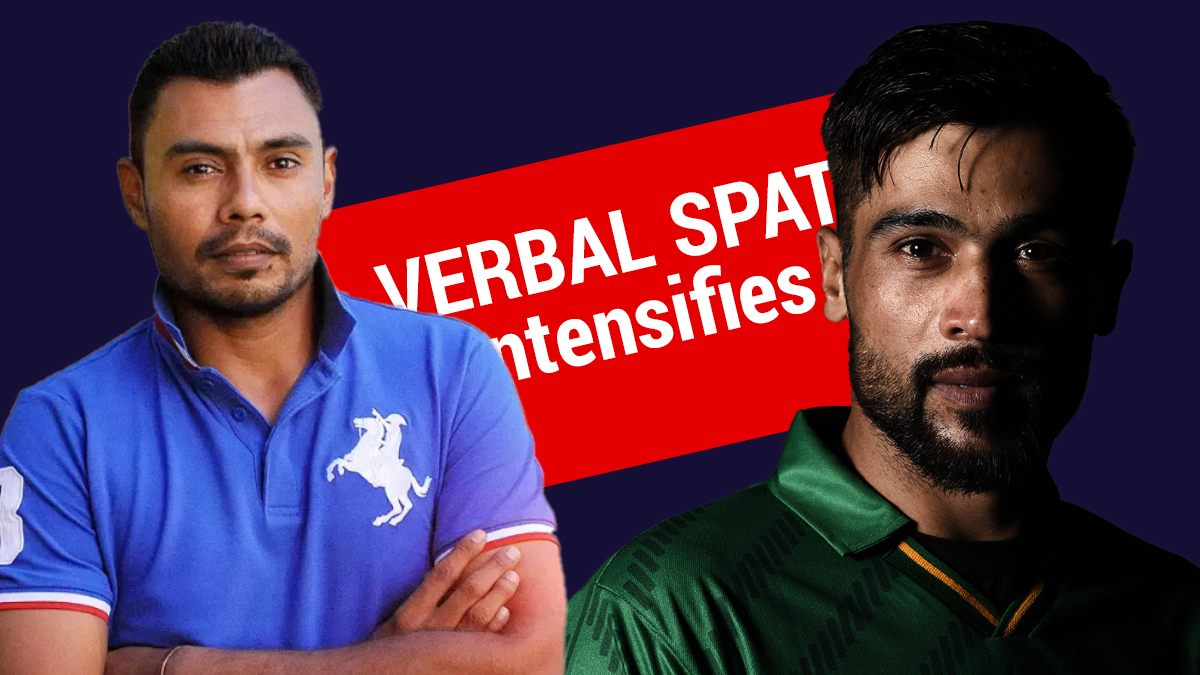 Former Pakistan leg-spinner Danish Kaneria took a dig at ex-pacer Mohammad Amir by saying that the latter is trying to blackmail the board with his statements.

He said that Amir didn’t carry himself with grace after he was welcomed back in the squad after the humiliation of an infamous spot-fixing scandal. He said that Amir now, in order to make a comeback to the national side, was resorting to slanderous statements and conduct.

Kaneria slammed Amir for his retirement from the sport and accused the former pacer of ‘blackmailing’ the high-ups of the board.

Amir responded with an unpleasant remark about the ex-spinner. Taking to Twitter on Monday, the former pacer said that not him but Kaneria is blackmailing the board.

“Oh is he still in Pakistan?” questioned Amir. “He thinks we Pakistanis cannot do any good to him,” he said.

Amir has, in recent times, been under fire after he expressed his desire to shift to England and applying for British citizenship in the future. This added to the nation’s agony, which is already in a fury over his sudden retirement.

Some cricketers, including Shahid Afridi, came out in support of the former bowlers saying that he should have been given his due respect.

Others, however, criticised him for his decision. Amongst them is Kaneria, who believes that Amir should always respect PCB as it was kind enough to bring him back after he humiliated the country in a spot-fixing scandal.

“Everyone is entitled to have their opinion. I am taking nothing from Mohammad Amir. But I feel that he is blackmailing others with his statements so that he can get back to the side. From playing the IPL to his comments on moving to England permanently and getting citizenship, you can understand his headspace,” said Kaneria on his YouTube channel.

Kaneria has lately been a critic of Pakistan cricket accusing the board of targeting him on the basis of his religion.