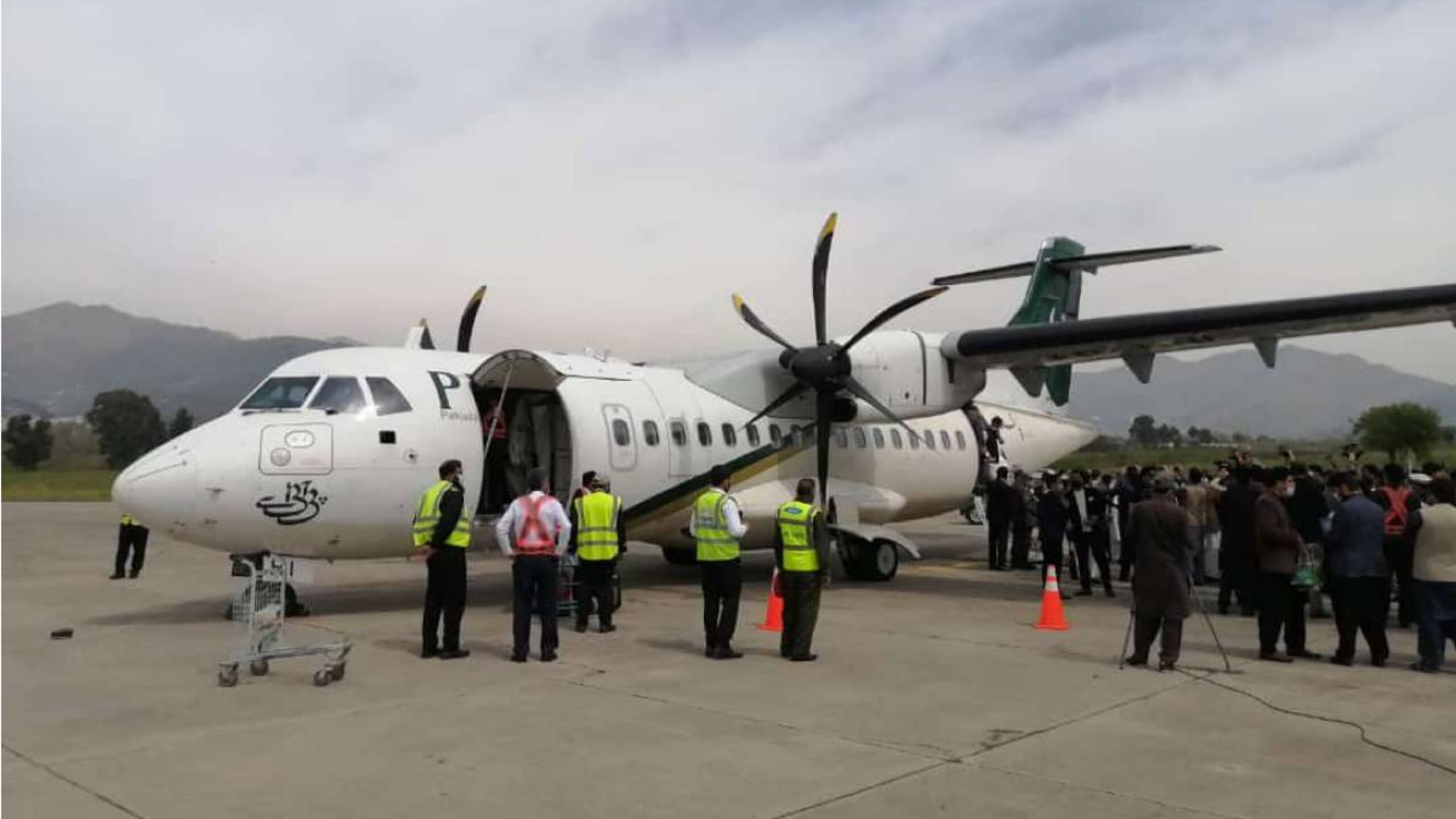 After a hiatus of 17 long years, Saidu Sharif Airport in the Swat Valley had its first flight landing on Friday. The Pakistan International Airlines (PIA) flight landed at the airport much to the relief of the people of valley.

Khyber Pakhtunkhwa Chief Minister Mahmood Khan said on Friday that resumption of flight operations to Saidu Sharif Airport after 17 years gap was a remarkable achievement for the government, especially as it was a long awaited desire of the people of Swat valley. He said this while addressing the elderly people of Swat after the inaugural flight made its landing.

Chief Minister said that resuming operations at the airport would prove to be beneficial to tourism in Malakand division, and would also attract job opportunities. He said, “Promotion of tourism is one of the top priorities of the PTI government and vision of Prime Minister Imran Khan.”

Chief Minister Mahmood Khan further said that the Saidu Sharif airport’s runway would receive makeover that would enable extended faciliites at the airport. “An Austrian investor has selected Swat to establish a skiing village of hundreds of houses that will promote tourism and international skiing sports here.”