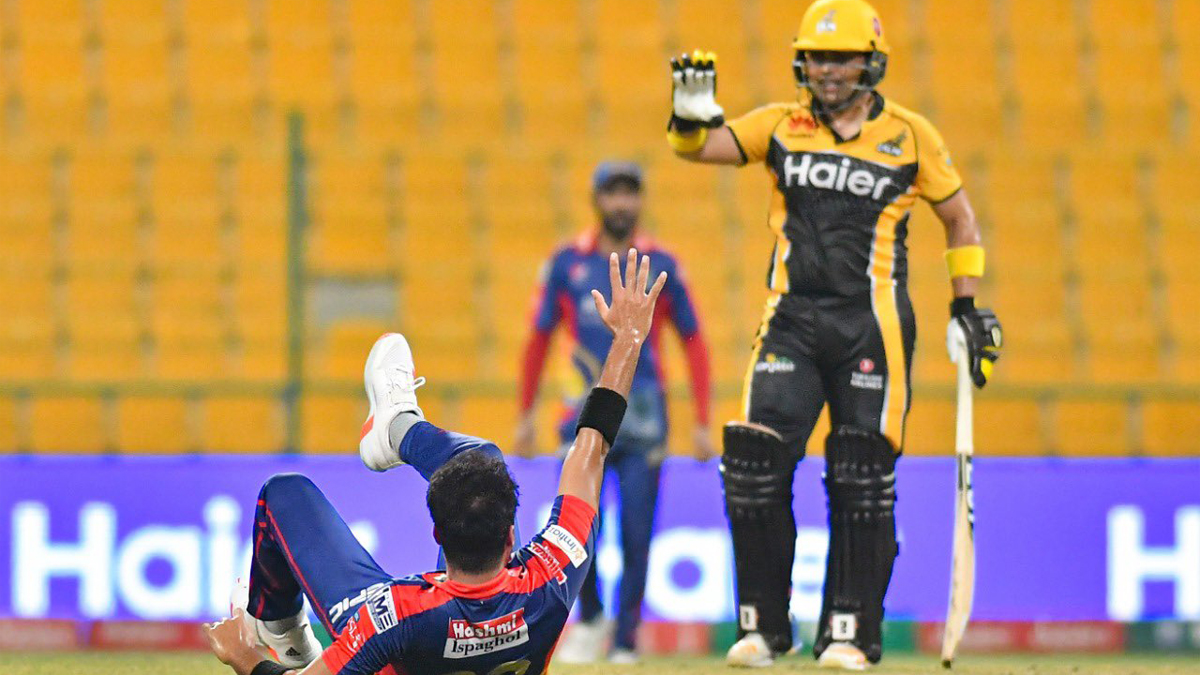 Hazratullah Zazai, with a dazzling 77 of 38 balls, robbed Karachi Kings’ of their dream to make it to another HBL PSL final.

Peshawar Zalmi, while chasing the target of 175 runs, scored 176 runs with a ball to spare in the first eliminator clash in Abu Dhabi on Monday.

Peshawar is a win away from the finals as they are to meet with the Qualifier losers Islamabad United in Eliminator 2.

Zazai’s performance made it to the news as he stole the limelight in majestic fashion.

Kamran Akmal, on the other hand, scored only 13 runs and kept giving the strike back to his hard-hitting partner who showed no respect to the Kings’ pace attack – Mohammad Amir, Mohammad Ilyas and Arshad Iqbal.

The Karachi Kings, batting first, thought that the Peshawar Zalmi were given a voluptuous target to chase. Zalmi’s Zazai made a mockery out of their target initially but his squad tumbled, in the end, to make it look harder than they needed to. Zazai’s knock however gave them enough throttle to get over the line.

Many, however, didn’t credit Mohammad Irfan, the 39-year-old, who bowled well during his quota of four overs and only leaked 21 runs. He was incisive, picking up the wickets of Danish Aziz and Sharjeel Khan, chipping away the power-hitters around Babar Azam. The star batsman could do nothing more than anchoring an innings that was going awry.

Babar was heavily criticised for yet another slow fifty that gobbled up a lot of deliveries and couldn’t pace the innings.

Luck was also on Zalmi’s side as in the final over, their batsman Sherfane Rutherford was dropped on the first and fifth ball. Rutherford, who was attacking every delivery bowled at him, helped the team in yellow stay alive and running in the tournament.

Grey or black? FATF to decide on Pakistan’s fate this week