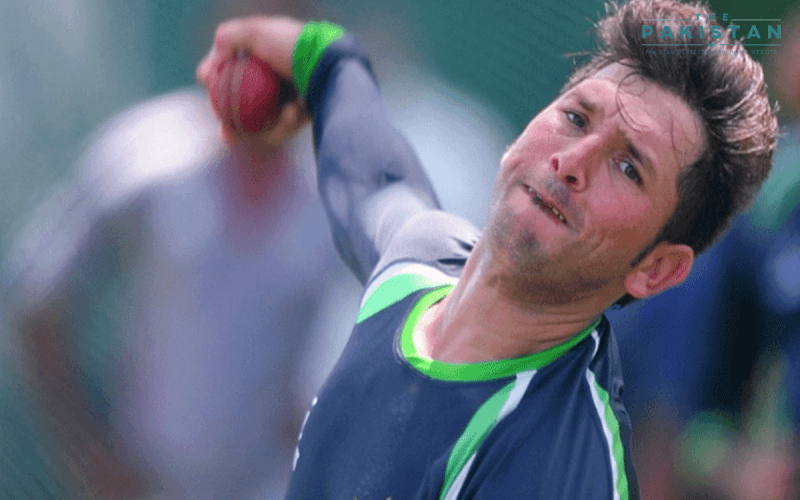 Pakistani spin bowler Yasir Shah on Wednesday said that he has worked on his bowling skills and has prepared a surprise googly to bamboozle the English batting side.

Shah was speaking to journalists through a video link from Worcestershire, England where he said that the idle time during the last months due to the pandemic had given him a chance to up his skills.

“After sitting idle for three months, when we heard about the tour, i was really excited and prepared for the series with all my heart,” he remarked.

“We have prepared really well after coming here [to England] since they have all the facilities available here.I have bowled since coming to England and we have also played a practice match which was really helpful to help us acclimatise to the environment here in England.”

“When we were here in 2016, we performed really well and Mushtaq bhai was also with us. He really helped us a lot since he has played a lot of cricket on English grounds, so he has a much better idea on how the ball behaves in this climate.”

“My googly is coming out well, in the two-day match, all the googlies I bowled landed well and spun well. I think it will be my most important weapon.”

“Counties usually sign spinners for July to September because in these three months, spinners get help on dry wickets. So I am hopeful that the wickets will assist the spinners.”

Moreover, he said that i also want to contribute in any way possible and would love to score a century here as well. “I am concentrating on my batting as well and will try to score a hundred in England. I am consistently practicing my skills as a batsman in the nets,” he added.