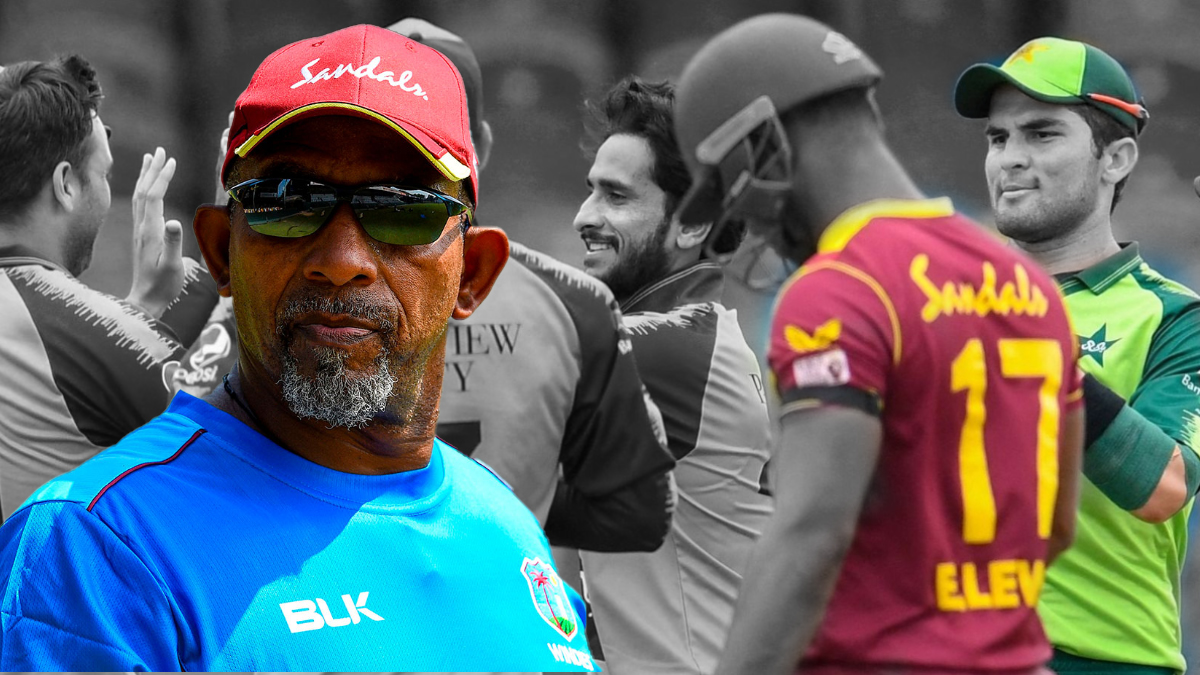 As the West Indies and Pakistan prepare to lock horns in the forthcoming Test series, the hosts’ Head Coach Phil Simmons acknowledged that his team is the underdog. Pakistan, on the other hand, is an adamant opponent, said Simmons.

Talking to media in a press conference, the 58-year old former cricketer said Pakistan has regularly proven to be a tough side for the West Indies.

Pakistan is set to play the West Indies on August 12 and then again on August 20. The Test series will come to an end on August 25.

The visitors will go into the series with their flags high after beating the West Indies 1-0 in the four-match T20I series. Rain played spoiler in the rest of the fixtures.

Simmons, speaking about Pakistan, praised the Men in Green for victory in their last couple of Test series.

“We are at home, but we are a little bit of an underdog in this. We know that we’re going to try to put everything into it and ensure that we come out on top,” he said.

He stressed improving batting standards and highlighted the importance of batters scoring big runs consistently to provide bowlers with an opportunity to defend the target.

“It is the beginning of a new series, and we will try to perform to the best of our abilities,” he said when inquired how difficult it will be for the West Indies in the upcoming ICC Test Championship cycle after not doing so good in the previous one.

“I think there is no hiding from the point that our batting has to improve and get to a stage where we can score 400 in an innings on a more consistent basis,” he maintained.

“And then, our bowlers continue doing the job that they have been doing well for us to get high up, so we have to put in everything into making sure that our batsmen start to improve,” he concluded.