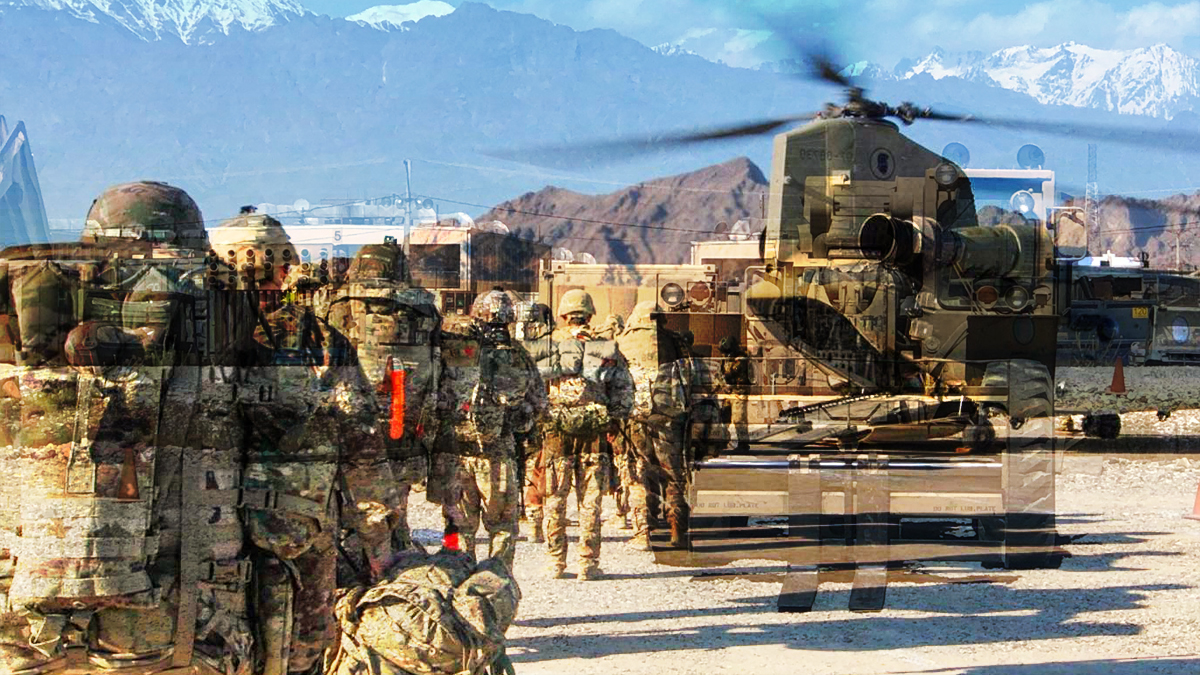 American troops moved out of their main military base in Afghanistan on Friday, bringing an end to the longest war of their history.

The troops left behind a piece of the World Trade Center that they had buried 20 years ago.

Experts are of the opinion that the Afghan soil could descend into civil war without the US forces on it.

It is because if official accounts are to be accepted, the simmering war in Afghanistan has killed more people in the last month than in any other month since 2001 – the year when the United States and NATO troops invaded the country.

The Taliban insurgency and battlefield violence between pro-Afghan government forces have particularly spiked since May 1, when the last of the US-led international forces began exiting the conflict-torn nation formally under orders from President Joe Biden.

Dozens of districts across Afghanistan have been overrun by the Taliban, including several more during Thursday’s episode of fighting, as foreign troops leave the country. Local residents and Afghan officials say pro-government forces in many areas are forced to surrender as they are abandoning their territory without offering any resistance to the Taliban.

On the other hand, Afghan security forces that are backed by airpower, claim to have retaken some of their lost territories and say they have inflicted hefty casualties on the Taliban.

The silent departure from Bagram Air Base has ramped up the Taliban insurgency and its offensive across the country after peace talks sputtered.

The Pentagon insisted that the US military still has the authority to protect Afghan forces, but said the handover of Bagram to Afghan security forces was a “key milestone” in the withdrawal.

Although 20 years of accumulated war material and all combat troops will soon be gone, Gen. Frank McKenzie – the head of US Central Command – will have authority until September to defend Afghan forces against the Taliban. For the United States and its allies, the endgame is dusky.